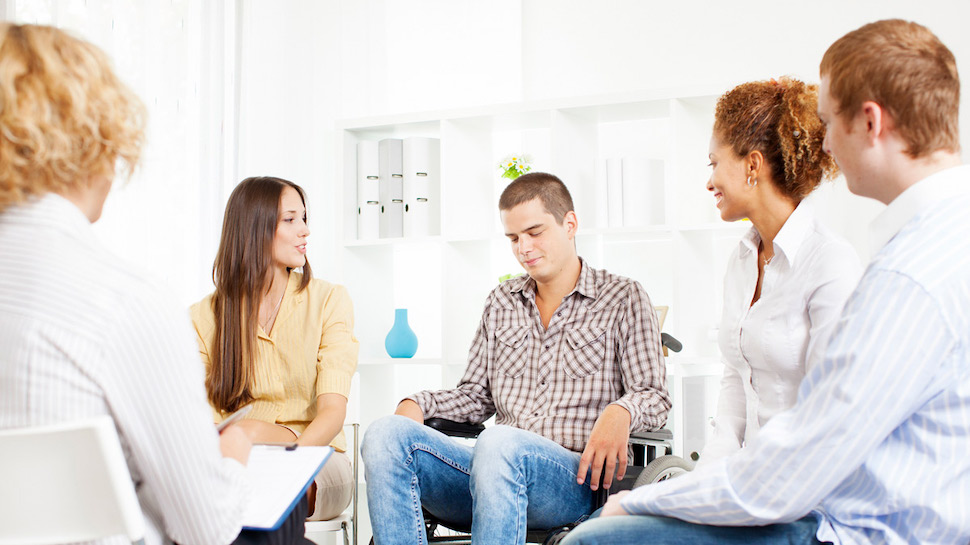 Schizophrenia sufferers diagnosed with substance use disorders face enormous challenges as they look to recover their mental health and sobriety. Integrated treatment programs are the most effective solution for individuals with a dual diagnosis of schizophrenia and substance abuse, offering real hope to those who previously had little.

Co-Occurrence of Schizophrenia and Substance Use Disorders

In the case of schizophrenia, substance use disorders are by far the most commonly diagnosed co-occurring condition. When substance abuse problems are evident, schizophrenia treatment programs must be customized to address both conditions simultaneously.

How is schizophrenia best treated when substance abuse is a complicating factor? Through an integrated treatment program, administered by experts with experience handling such delicate and complex situations.

Integrated treatment programs have been extensively evaluated by mental health professionals, and the evidence for their efficacy is overwhelming. This style of treatment offers patients with co-occurring disorders their best chance for a complete and long-lasting recovery.

What is Integrated Treatment?

In recent years mental health treatment has advanced by leaps and bounds. The outlook for patients in rehab clinics has never been more promising, thanks in part to the expanded availability of integrated treatment programs for people who’ve been diagnosed with two or more mental, emotional, or behavioral health disorders.

Some of the features that distinguish integrated treatment programs include:

Integrated treatment is not a magic formula for rehabilitation. It requires dedicated effort on the part of patients and their loved ones, who must accept the immensity of the challenges they face. Nevertheless, integrated treatment offers dual diagnosis patients an authentic pathway to healing, if their desire to recover is strong.

Statistics on Substance Abuse and Schizophrenia

Approximately half of all people diagnosed with schizophrenia struggle with drug and alcohol abuse. The three most commonly abused intoxicants among this group are alcohol, marijuana, and cocaine, although people with schizophrenia do on occasion abuse other illicit substances.

The rates of use and abuse of drugs and alcohol by people with schizophrenia are astronomically high. In comparison to the general population, schizophrenia sufferers are:

These numbers are alarming, because the potentially dire consequences of each condition make chemical dependency and schizophrenia a uniquely dangerous combination. Whether they realize it or not, people affected by both are in the midst of a health crisis that requires swift and immediate intervention.

Why Do Schizophrenia and Substance Abuse Occur Together?

Many schizophrenia sufferers turn to drugs and alcohol to help them cope with the symptoms of their disorder, as well as the side effects of the anti-psychotic drugs they take to relieve those symptoms. Drugs and alcohol can also be an escape mechanism for individuals with schizophrenia looking to forget their troubles, at least for a little while.

When first consumed, intoxicating substances change brain chemistry in ways that temporarily improve mood, and that is what makes them attractive. But as time passes tolerance for them can develop, leading users to consume more and more until they become addicted. This can easily happen to schizophrenia sufferers who feel helpless to otherwise control their symptoms, and unfortunately their struggles with mental illness leave them ill-equipped to manage substance abuse problems, or even realize that they exist.

While substance abuse may be collateral damage from schizophrenia in some cases, in others it is the precipitating factor that causes schizophrenia to develop. Drug-induced schizophrenia can occur in young people who carry mutated genes identified as a risk factor for this disorder.

Even light cannabis consumption during adolescence has been linked to an increase in schizophrenia. However, the risk rises dramatically (as much as 600 percent in one Swedish study) for young people who are heavy marijuana consumers.

In addition to dosage, age of first cannabis use also makes an impact: a London Institute of Psychiatry study compared rates of mental health disorders for people who first used cannabis at age 15 with rates for those who started at 18, and the former group was found to have almost three times the risk of developing schizophrenia by the age of 26.

The bottom line is that young people from families with a history of schizophrenia should avoid drugs and alcohol, and especially cannabis. In young brains intoxicated by marijuana, schizophrenia risk can increase dramatically when genetic factors predispose a person to developing the disorder.

Before concluding, it should be noted that several environmental risk factors for schizophrenia (chronic stress, exposure to childhood trauma, teen drug and alcohol use, housing and financial troubles) are also strong predictors of substance use disorders. This could offer a partial explanation as to why people with schizophrenia are so prone to chemical dependency, and it suggests that in some instances the two disorders might develop independently.

Every patient who seeks treatment for schizophrenia should be screened for substance use disorders, along with other mental health and behavioral problems.

Why is this so important? Because individuals who suffer from schizophrenia and substance use disorders simultaneously are at higher risk for hazardous life complications than schizophrenia sufferers who don’t drink or abuse drugs. In comparison to the latter group, they are:

When schizophrenia and substance abuse develop in tandem, it can lead to very serious problems. But effective intervention for such emergencies is now available at many mental health rehabilitation centers, in the form of integrated treatment services customized for the needs of people with this type of dual diagnosis.

Mental health experts have learned a lot about schizophrenia and schizophrenia treatment in recent years, just as addiction counselors have gained greater understanding of the realities behind substance abuse. When integrated treatment services are provided by counselors and other personnel trained in these methods, all this wisdom is combined to create a perfectly targeted healing regimen that gives schizophrenia suffers with substance use issues a genuine chance to recover.