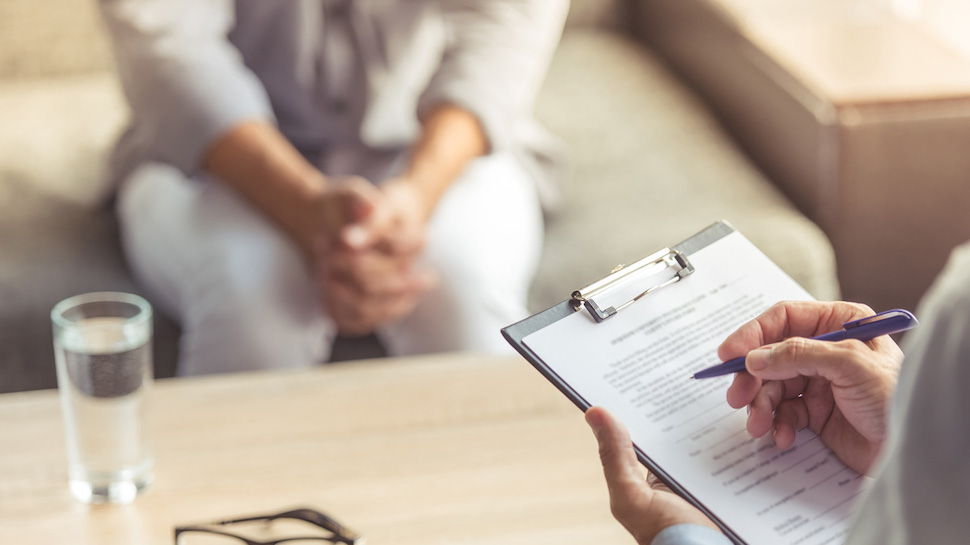 Schizophrenia is a complex mental illness requiring a medical diagnosis, strong family support, and a lifelong treatment plan to manage the varying degrees of symptoms individuals suffering with a schizophrenia diagnosis experience. A schizophrenia diagnosis is carefully determined through medical testing and is based on specific standards set forth by the American Psychiatric Association.

Schizophrenia is a severe form of mental illness that transforms the lives of sufferers and their families. It causes disruptions and discontinuities in thinking, learning, communicating, managing emotions and making decisions, for reasons that remain mysterious to loved ones and acquaintances.

At its worst, schizophrenia can cause psychotic breaks with reality. In general, this disorder is more debilitating than many other mental health conditions. Nevertheless, effective treatment options are available and with quick and thorough intervention its symptoms can be managed. When schizophrenia is suspected by individuals or their loved ones, it is vital to seek medical help as quickly as possible, so an accurate diagnosis can be made and treatment for the disorder can begin.

Schizophrenia by the Numbers

According to statistics collected by the National Institute of Mental Health, approximately 1.1 percent of American adults (2.2 million people) will suffer from schizophrenia in any given year. Unfortunately, only 60 percent will receive medical treatment over the course of that 12-month period, perhaps because the early signs of schizophrenia are not always easy to recognize, or to distinguish from the symptoms of other, less severe disorders.

Onset is usually in late adolescence or early adulthood, and only a small percentage of men and women are diagnosed with schizophrenia past the age of 40. Schizophrenia is more common among men than among women, with ratios of diagnosis running at better than two-to-one.

Living With Schizophrenia Can Be Hard

Treatment Doesn't Have to Be

The signs of schizophrenia are divided into three categories:

Positive symptoms of schizophrenia are dramatic and intensely disturbing signs of mental illness that only individuals with schizophrenia will display. They tend to manifest unpredictably and may disappear just as suddenly. But in most cases they will recur, and possibly quite often if medical assistance for schizophrenia symptoms is not provided.

The positive symptoms of schizophrenia include:

Negative symptoms of schizophrenia are marked by unexpected voids in emotional expression and behavior. This lack of expected response is sometimes interpreted as a sign of other, less severe forms of mental illness, especially depression.

Common negative symptoms of schizophrenia include:

Cognitive symptoms of schizophrenia create mental hurdles that make clear, effective thinking virtually impossible to execute. These schizophrenia symptoms are subtle and can be difficult to detect, since the problems they create are internal and don’t always have a dramatic effect on social behavior (especially at first). But over time, cognitive symptoms make it hard for schizophrenia sufferers to function and cope with life’s challenges.

Cognitive symptoms frequently experienced by men and women with schizophrenia include:

Depending on the severity of their illness, men and women with schizophrenia may manifest a multitude of symptoms or just a few limited to one or the other of these categories. No two victims are exactly the same, and this is one of the challenges medical professionals face when diagnosing the disorder and developing treatment plans appropriate for each individual.

To bring greater clarity to the diversity associated with the signs of schizophrenia, mental health professionals identified five subtypes of the disorder:

It should be noted that these categories have been removed from the latest issue of the Diagnostic and Statistical Manual of Mental Disorders (DSM 5) and are no longer officially used to classify schizophrenia. But experts who treat schizophrenia sufferers are still familiar with them and they still retain some validity as a baseline for evaluating schizophrenia symptoms.
Also, it is important to clarify that these subtypes do not represent rigid divisions. Because symptoms can manifest in patients in unique combinations, experts consider schizophrenia to be a spectrum disorder and not a grouping of clearly separate conditions.

In other words, the subtypes represent more of a guideline for analysis than a strict rule.

Paranoid schizophrenia is the most common subtype but does not usually cause the same level of disability as other forms of the disorder. Many people with paranoid schizophrenia are able to function normally in society, managing their daily activities with some efficiency and living independently for the most part.

However, paranoid schizophrenia causes enormous mental and emotional turmoil. It leaves sufferers trapped inside a hall of mirrors, plagued by paranoid delusions that convince them they are being persecuted or conspired against by others. Some paranoid schizophrenic sufferers have delusions of grandeur, believing themselves to be powerful, brilliant, or in possession of some other extraordinary characteristic.

Auditory hallucinations are among the most disturbing of paranoid schizophrenia symptoms, often manifesting as voices that belittle or ridicule the schizophrenia sufferer while urging them to do unspeakable things. Individuals suffering from paranoid schizophrenia may be prone to fits of great anger or violence, and in general are quick to become frustrated or upset by an outside world that refuses to harmonize with their delusions.

Catatonic schizophrenia sufferers withdraw from the world both physically and mentally. They may be rigid and silent, as if frozen in place, or they may become extremely agitated and move about compulsively.

Men and women with catatonic schizophrenia often don’t speak and may be entirely unresponsive to the verbal efforts of others. But on some occasions they will actually imitate the speech and behavior of the people they interact with, as as if they had no identity or personality of their own.

Those who suffer from this subtype display negative schizophrenia symptoms in abundance. They often seem confused, out-of-touch or depressed, showing little emotion and going off on odd, unfocused tangents when speaking. Their speech often doesn’t mesh with their actions, and they have difficulty expressing themselves when trying to gain the cooperation of others. Because it sabotages effective communication, disorganized schizophrenia causes significant, daily disruptions in the lives of those who suffer from it.

Some schizophrenia sufferers exhibit an eclectic mix of symptom, but show no significant signs of paranoia, catatonia, or disorganization in speech.

Nevertheless, their condition is still recognizable as schizophrenia, and the undifferentiated label was developed by mental health professionals to capture individual variations in the usual themes.

How is Schizophrenia Diagnosed and How is it Treated?

Many people ask: how is schizophrenia diagnosed? The answer is “with great care,” since it is not as common as the other types of mental illness its symptoms may mimic.

Adhering to standards established by the American Psychiatric Association, trained mental health experts may only diagnose a patient with schizophrenia if they’ve shown signs of mental illness or breakdown for at least six months. They also must have suffered from two or more of the following symptoms for a period of one month or longer:

Medical testing will be carried out initially to eliminate other possible causes of schizophrenia symptoms, which could include alternative mental health disorders or physical maladies that affect brain health. Once such causes have been eliminated from consideration, treatment recommendations for schizophrenia (the relevant subtype) will be developed.

Treatment programs for schizophrenia include a combination of antipsychotic medications and a mixture of individual, group, and family therapy. Hospitalization may be required during severe psychotic episodes, and may be followed by longer-term residential care.