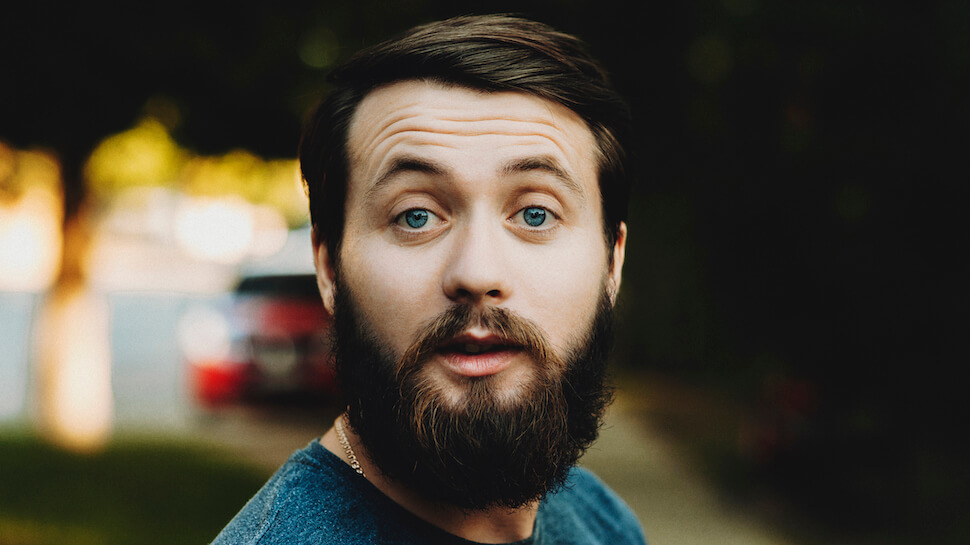 Psychotic episodes can cause frightening and disorienting breaks with reality. In some instances they can be directly linked to substance abuse, which may indicate the presence of a substance use disorder and other underlying mental health difficulties. BrightQuest’s integrated, multilevel residential treatment for drug-induced psychosis provides your loved one with the comprehensive mental health care they need.

Illicit drug abuse, or the misuse of prescription medications, can cause a cascade of negative side effects. One extreme potential result is the development of psychosis, a bewildering and debilitating mental condition that can blur the lines between fantasy and reality for the afflicted. When a person experiences a psychotic episode, their thinking, speech, and behavior become so erratic and unpredictable that they could present a danger to themselves or others.

A psychotic episode following the misuse or abuse of a drug is often a sign of chemical dependency. It may also indicate the presence of an underlying mental health problem that has yet to be recognized or treated.

At BrightQuest, through our innovative assessment process, we will diagnose the causes of your loved one’s psychosis and customize an appropriate treatment plan based on our findings. We offer in-depth, evidence-based treatment programs for drug-induced psychosis that will help prevent its future recurrence, while bringing relief from any concurrent (whether known or previously unrecognized) behavioral health disorders.

Drug-induced psychosis is an acute reaction that requires emergency treatment. Even if its symptoms dissipate quickly, a psychotic episode should not be viewed as a one-time occurrence, but as a strong indicator of a health crisis that is on the verge of exploding.

Drug abuse and mental health problems may combine to make a person vulnerable to psychotic episodes. A failure to seek help after such an episode could lead to further psychotic symptoms that endure for longer periods, along with a worsening of drug addiction and the continued deterioration of a person’s mental health.

Psychotic episodes cause a noticeable change in people’s aspect and/or behaviors. Some of the major symptoms of psychosis, regardless of the cause, include:

At BrightQuest, we recognize drug-induced psychosis as a serious health issue and a clear sign of an unfolding medical emergency. Men and women who experience drug-induced psychosis can benefit from our high-quality mental and behavioral health services, which may include specialized intervention for substance use disorders. Your loved one’s recovery plan will also include intensive, personalized treatments for any mental health conditions they may have developed.

Treatment plans for drug-induced psychosis are carefully prepared by our preeminent, world-class mental health specialists. They understand the medical nature of psychosis and can devise a recovery plan that will help your loved one make a full and lasting recovery, regardless of the reasons for their struggles.

Types of Drug-Induced Psychosis We Treat

While psychotic episodes may last only as long as the intoxication that precipitates them, in some instances drug-induced psychosis can cause repeated psychotic episodes or an extended psychotic state. This is most likely if the drug abuse is heavy or involves seriously addictive drugs, like methamphetamines or PCP.

Research suggests that psychosis is more likely than not to accompany most types of drug addiction. In one extensive study, those who met the criteria for addiction to cocaine, cannabis, amphetamines, and opiates experienced symptoms of psychosis in 80, 63, 56, and 53 percent of cases respectively. Meanwhile, another study of methamphetamine users in the United States uncovered psychosis among 60 percent of those who were addicted to these toxic and illicit substances.

At BrightQuest, we have intimate knowledge of the risk of psychosis that accompanies drug addiction. We’re prepared to provide intensive treatment services to anyone who suffers a serious psychotic break with reality caused by substance abuse. If you bring your loved one to us after their drug use triggers a psychotic episode, you can rest easy knowing they’ll be in kind, caring, and highly skilled hands.

When a person experiences drug-induced psychosis, it is normally a sign of a chemical dependency. Most people who end up in treatment facilities following a psychotic episode will eventually be diagnosed with a substance use disorder, meaning their treatment plan will be adjusted to focus on this condition.

The connection between drug-induced psychosis and other mental health disorders is also strong. Research reveals that about 25 percent of those who have a drug-induced psychotic episode will later develop schizophrenia if no treatment for their symptoms is sought. This only amplifies how important it is to ask for professional help when someone you love shows signs of psychosis.

In some instances, the schizophrenia may already be in the process of developing, and your loved one’s substance abuse may have speeded it along. Schizoaffective disorder, bipolar disorder, and major depression are other mental health conditions that can cause psychotic symptoms, and there is a greater likelihood of this happening if they go undiagnosed and untreated.

Drug-induced psychosis is often an early indication of serious mental, emotional, and behavioral health issues. When you bring your loved one to BrightQuest for treatment, they will undergo a thorough evaluation, which is necessary to make sure they are admitted at the appropriate level of care. We specialize in helping men and women with complicated and multilayered mental health conditions, and the recovery plan wecreate for your loved one will be comprehensive, evidence-based, and delivered with sensitivity and empathy.

Psychotic episodes sparked by the consumption of intoxicants will usually end in a period of hours, or in one or two days at the most. Emergency treatment may be required, but the person having the episode may seem okay once they return home.

This pattern can lull those who have such episodes into a false sense of security. Your loved one might try to convince you they’ve learned from their mistakes and won’t engage in the behavior that led to the psychotic episode in the future.

In your wish for everything to be all right, you may be tempted to accept these assurances. But it would be a mistake to do so. Psychotic episodes are usually just the tip of the iceberg, revealing the existence of severe underlying problems—including substance abuse issues—that require skilled and intensive treatment.

If your loved one has suffered one or more psychotic breaks seemingly induced by drug use, you should view this as an ongoing emergency that calls for immediate medical intervention. You must break through your loved one’s walls of denial and do everything in your power to convince them to seek help right away. At the very least, they should be examined by a mental health professional and by someone with similar expertise in the area of substance abuse so they receive an accurate diagnosis.

Our mental health professionals will be pleased to answer your questions about drug-induced psychosis and recommended treatments. We can give you detailed information you can share with your loved one, if that is what it takes to convince them to seek help.

Complex mental illness complicated or caused by substance use issues creates daunting life challenges. Those who encounter these difficulties need extensive support and guidance from mental and behavioral health specialists, and from peers who can offer compassion and understanding.

But just as important is the love and support they receive from family members, who can motivate their most determined efforts in recovery.

When your loved one enters residential treatment for drug-induced psychosis at BrightQuest, you’ll be an important part of their recovery. Each member of your family is welcome—and encouraged—to attend weekly family therapy sessions, where you’ll participate directly in your loved one’s ongoing recovery process.

In addition to family therapy, you’ll be invited to attend biweekly educational groups, as well as family support group weekends. During these lively sessions, you’ll learn more about complex mental illness and the treatment methods that offer those who have them the best chance at recovery.

Further interactions with the family members of other BrightQuest clients will take place during our bimonthly multifamily support group meetings, which are held at both our San Diego and Nashville facilities. Your participation in these groups will help you learn to cope with your own emotions, by giving you the chance to network with others who are facing the same life challenges and have their own stories to share.

Drug-induced psychosis is serious enough. But it often represents just a ripple on the surface of a much deeper reservoir of problems. Episodes of psychosis could be a precursor to an even more severe encounter with mental illness or substance abuse.

Our experts have vast knowledge and extensive experience evaluating the nature of drug-induced psychosis. After your loved one’s medical situation has been accurately diagnosed, we will create a multi-level, evidence-based treatment program to deal with every aspect of their complex diagnosis.

At our San Diego and Nashville facilities, clients struggling with mental health and substance use issues will find a warm and welcoming environment. They will collaborate with expert healers who have their best interests at heart and the knowledge to guarantee those interests are served.

BrightQuest recovery plans are thorough, evidence-based, and individualized to meet the special requirements of each client, all of whom have different life histories. When your loved one comes to us for help following their difficulties with drug-induced psychosis, we will offer a full menu of recovery services that can help them heal in mind, body, and spirit.

BrightQuest treatment plans for complex mental illness and additional substance abuse issues offer excellent prospects for long-term healing. Treatment is as intensive as it needs to be to make sure your loved one’s recovery takes place at a sustainable pace.

When entering residential treatment for drug-induced psychosis and complicating conditions, your loved one may first need a period of hospitalization followed by medical detox before they’re ready to begin formal treatment. At BrightQuest, they will begin their recovery in one of our two primary levels of care:

Our other levels of treatment include:

When your loved one first arrives at BrightQuest, they may be anxious and uncertain of how they will fit in. We understand and acknowledge those fears, but the healing community at BrightQuest welcomes everyone and is always ready to expand its caring circle to make room for new people.

Treatment professionals, support staff, and clients all contribute to the warm and comforting atmosphere that makes BrightQuest an ideal location to heal and pursue personal growth. We strive to create a living, learning, and recovery experience that is eye-opening, inspiring, and transformative.

Your loved one’s encounters with drug abuse and psychosis undoubtedly had a profound effect on their life. But their all-inclusive, personalized recovery plan will have an even greater impact. Your loved one’s efforts to face their problems and embrace healthier ways of thinking, acting, and being will be honored and respected. Working together, we can produce results that will delight your family and give your loved one a real opportunity to change their future.

If your loved one is suffering from a drug-induced psychosis, contact us today. 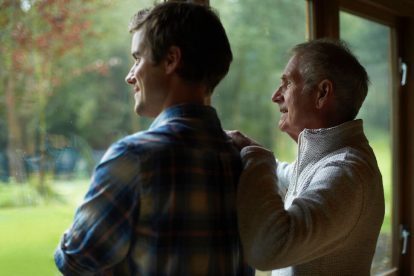 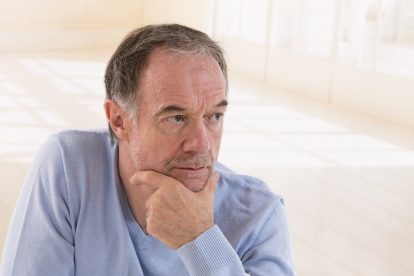 Can Stress Cause Hallucinations? Should You Be Worried? 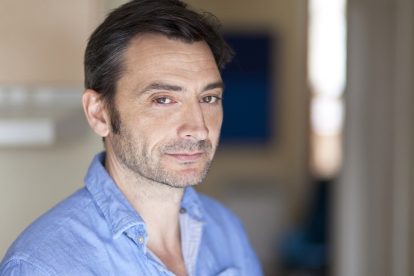 Does Psychosis Cause Permanent Brain Damage? What Can You ... 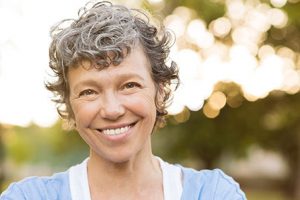 A year ago, I thought we had lost our child forever, and now I can honestly say that our family relationships have mostly healed, and we can enjoy one another again.

—Mother of a BrightQuest Client