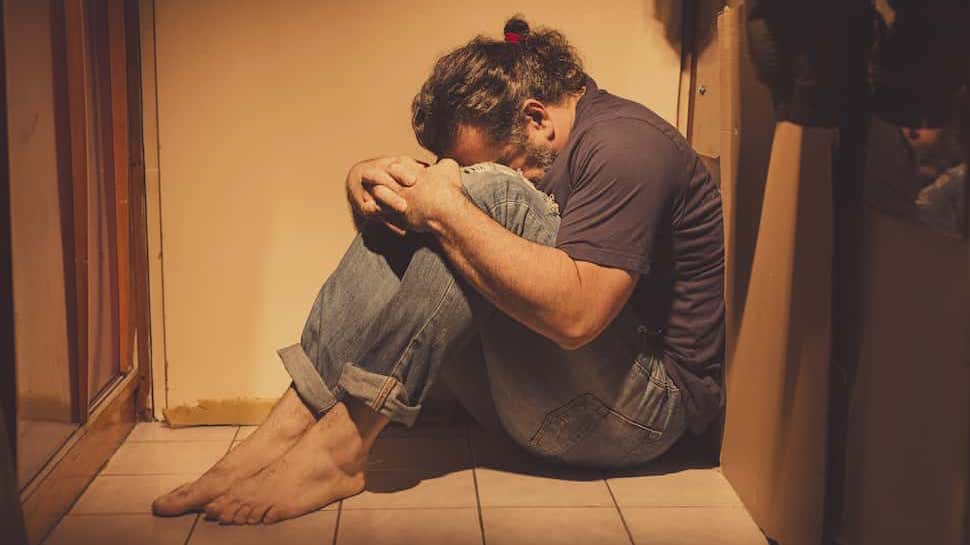 What is Complex PTSD?

People exposed to severe and continuing violence, abuse, neglect, and suffering may develop complex PTSD, a condition that surpasses conventional post-traumatic stress disorder in intensity and disruptiveness. Complex PTSD is a devastating condition that can affect every area of an individual’s life, and without intervention it can cause enormous suffering that lasts for many years. But complex PTSD is responsive to long-term therapy, and sufferers can overcome its worst symptoms.

Human beings are naturally resilient in the face of serious life challenges.

But when people are exposed to brutality and abuse for months or years, with no apparent end in sight, at some point that resiliency can turn to hopelessness and despair. Even if they someday escape their terrible circumstances, those who suffer through such experiences may carry deep emotional and psychological scars that prevent them from finding peace and contentment.

People exposed to extreme forms of trauma over a prolonged period may develop a condition known as complex post-traumatic stress disorder, or C-PTSD. The study of severe trauma and its impact on human emotional and psychological development is still a relatively new field of research, but mental health experts have learned enough to know that C-PTSD is a highly disabling condition with significant life-altering effects.

Conventional PTSD is a well-known mental health condition that affects up to 3.5 percent of the adult population in the United States each year. PTSD develops as a result of exposure to sudden and unforgettable trauma, which sufferers relive through flashbacks and vivid memories that evoke anxiety and panic.

This matches the outline of complex PTSD, which also produces terrifying memories and flashbacks to past trauma. Sufferers may experience intense anxiety in response to any complex PTSD trigger, and they may be plagued by vague fears that seem unconnected to any real-world threats.

But a complex PTSD definition diverges from the definition of PTSD based on the nature of the trauma that provokes it and the length of time that trauma was experienced. While conventional PTSD develops in response to short-term exposures to shocking, stressful, or life-threatening events, complex PTSD only develops in those who’ve been exposed to chronic, long-term, extreme abuse (which usually begins or takes place entirely in childhood).

Complex PTSD is similar to PTSD, but it emerges from nightmarish circumstances, and the level of suffering it causes may surpass that of PTSD by a significant margin.

While exposure to trauma in adulthood can cause complex PTSD, most people who develop the disorder were abused or traumatized in childhood. Such experiences can have a profound effect on a young person’s psychological, emotional, and neurological development, creating distortions that can manifest as severe mental illness later in life. Parents and caregivers are often implicated in this type of abuse, and that can create unresolved conflicts that intensify the symptoms experienced by complex PTSD sufferers.

People vulnerable to C-PTSD include those who’ve been exposed to horrors such as:

People suffering so terribly often have little if any hope their situation will improve, and they may be convinced they’re destined to die alone and forgotten. Stress and anxiety are their constant companions, as they anticipate the next incident of violence, abuse, exploitation, or punishment with dread and feelings of helplessness.

Even after the physical and mental torture ends, they may find it impossible to move on, as the symptoms of complex PTSD continue to torment them wherever they go. Complex PTSD is an inescapable echo of extreme suffering, and it casts a long shadow that can be difficult to escape.

Complex PTSD has a profound effect on sufferers. Its symptoms are intense, devitalizing, and persistent, and without treatment they will interfere with functioning in every area of an individual’s life.

The defining symptoms of complex PTSD include:

While multiple personality disorder (also known as dissociative identity disorder) is a rare condition, it is a potential symptom of complex PTSD. Children who undergo long-term physical or sexual abuse may be particularly vulnerable to this condition, which is a drastic form of coping with experiences that are too awful to contemplate.

Dissociative identity disorder is an extremely serious condition, and sufferers will need intensive treatment to overcome it.

Complex PTSD is distinct from conventional PTSD. But studies reveal that more than 90 percent of complex PTSD sufferers will also meet the diagnostic criteria for PTSD. Complex PTSD surpasses PTSD in its intensity, but it still includes the symptoms of its parent disorder in its repertoire of characteristics.

People living with complex PTSD are highly vulnerable to a wide range of mental and behavioral health disorders, including:

In one study, the lifetime prevalence rates for depression and substance abuse among C-PTSD sufferers was 85 percent and 55 percent, respectively. In another large-scale mental health study, 30 percent of PTSD sufferers met the criteria for borderline personality disorder, and it is likely that a similar percentage of people with complex PTSD also suffer from BPD.

Self-harming is also common among people living with complex PTSD, and that type of behavior can include anything from self-mutilation to multiple suicide attempts.

Reclaim Your Life From the Effects of Trauma

How We Treat Trauma

Despite growing consensus over its existence and distinctive characteristics, complex PTSD is still not listed in the Diagnostic and Statistical Manual of Mental Disorders (DSM-5). But it will be included in the upcoming edition of the World Health Organization’s International Classification of Diseases (ICD-11), which is used as a diagnostic manual in many parts of the world.

Under standards established by the ICD-11 (due for publication in 2018), complex PTSD can be diagnosed if six symptoms are observed:

The first three symptoms are also used to diagnose conventional PTSD, but the last three are specific and exclusive to complex PTSD.

Complex PTSD is frequently accompanied by a range of co-occurring disorders, and mental health professionals who suspect the existence of complex PTSD will screen for those disorders and recommend integrated treatment programs that cover each condition found.

People who suffer from complex PTSD need long-term therapy to help them overcome the effects of their terrifying and painful experiences. The damage they’ve suffered is deep, transformative, and a risk factor for multiple mental health disorders, of which complex PTSD may be the most extreme.

In virtually every instance, people struggling with the symptoms of complex PTSD need comprehensive treatment services administered in a mental health treatment facility if they are to recover from their illness. Long-term stays and multiple levels of treatment may be required before a C-PTSD patient is ready to resume their normal activities, and even then extensive outpatient/aftercare programs will be needed to ensure the recovery continues to progress.

While medication may play a supplementary role in the healing process, especially if co-occurring mood or anxiety disorders are present, intensive individual, group, and family therapy will be the centerpiece of the C-PTSD recovery plan. Cognitive-behavioral therapy (CBT) and Eye Movement Desensitization and Reprocessing therapy (EMDR) have both proven highly effective in the treatment of PTSD, and will likely be included in the treatment regimen along with personalized therapeutic approaches that deal with the individual aspects of a person’s mental and behavioral health problems.

People with complex PTSD have serious issues that need addressing, and it may take them years of therapy plus a consistent and committed effort to make peace with their pasts before they’re truly ready to move on with their lives. But recovery from complex PTSD is a realistic and achievable goal, and no one who experiences its devastating symptoms should surrender their hopes for a happier and healthier future.

We know that choosing the right treatment option for yourself or a loved one is difficult. We believe our unique model of care gives our clients the best chance at success.

Without BrightQuest, I don’t know where I would be or what condition I would be in; I do know, however, that it would not compare to the peaceful and humble life I now live every day.