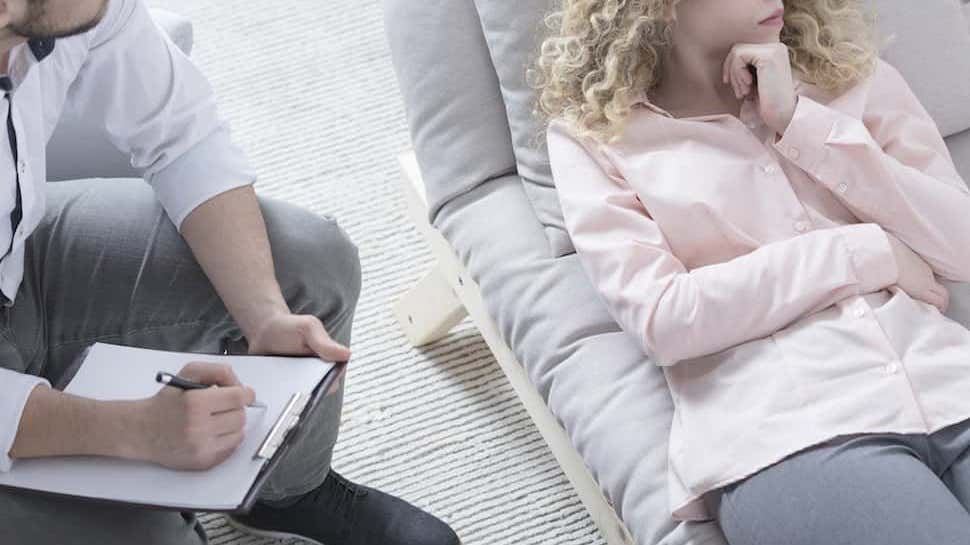 Recovery from PTSD is not a linear process, and sometimes setbacks can occur. Retraumatization is what happens when a recovering PTSD sufferer is exposed to people, incidents, or environments that cause them to relive their previous trauma, almost as if it were all occurring again. While retraumatization is a complication, its effects can be made temporary, with the help of treatment and a positive attitude that shifts the focus of recovery back to the hope for a brighter future.

For people with post-traumatic stress disorder (PTSD), the past can return at any moment. In response to triggering circumstances or events, which usually involve some type or sensory or emotional stimulation, they may relive or remember the traumas that affected their lives so deeply, with varying shades of intensity.

While a wide range of occurrences can affect PTSD sufferers, there are some triggers that provoke especially strong reactions, powerful enough to make it seem as if the terrible events are happening all over again.

This is known as retraumatization, and it can lead to the recurrence of acute PTSD symptoms if it is left unaddressed in treatment.

Retraumatization happens when people with PTSD are exposed to people, places, events, situations, or environments that cause them to re-experience past trauma as if it were fresh or new. While normal triggers can bring back unpleasant memories, or even provoke disturbing flashbacks, retraumatizing events are especially powerful triggers that somehow recreate the intense dynamics associated with the original traumatic encounters or episodes.

Vivid reexperiencing of past trauma is notable and terrifying because it returns PTSD sufferers to the most painful moments of their lives, to memories of experiences that caused significant psychological and emotional damage. Retraumatization should not be confused with revictimization, where men and women with PTSD are abused or injured in the same way again. Retraumatizing events replicate important elements of the original trauma (i.e., feelings of a loss of power, control, or personal safety) without replicating the actual events themselves.

Experiences that retraumatize may involve some degree of physical or emotional suffering. But it is their capacity to remind men and women with PTSD of times they’d rather forget that gives them their potency.

With retraumatization, past traumas are relived with an air of authenticity and detail that is hard to shake, and for each sufferer the powerful triggers that cause such shocking occurrences are unwelcome reminders of how devastating and debilitating their previous experiences really were.

Possible causes of retraumatization may include some type or exposure to violence or abuse that doesn’t bring direct harm to the PTSD sufferer, but still evokes vivid remembrances of past experiences, in addition to provoking compassion and empathy for the victims. This could involve the witnessing of domestic violence, for example, or child abuse, or some type of physical assault that the PTSD sufferer is helpless to prevent. Even exposure to such events in a movie, fictional television show, or news report could provoke retraumatization if there is enough similarity to the person’s previous trauma.

Natural disasters, warfare, and terrorist attacks are sudden, shocking, and often cause enormous suffering and destruction. While such events are traumatic for everyone involved, they can be especially evocative and frightening for men and women with PTSD and can be a source of retraumatization even if a person’s past trauma had no specific connection to such events.

Another possible cause of retraumatization could involve an exposure to an environment or situation where physical danger seems to be present, or having an encounter with someone who is perceived as a threat (possibly even the person responsible for the original trauma). The PTSD sufferer may not be assaulted, abused, or injured in this instance, but just being exposed to the possibility of harm may be enough to bring back unpleasant memories in a disturbingly intense form.

Dysfunctional or abusive relationships are yet another possible source of retraumatization. Even if the conflicts or abuse don’t recreate the specifics of the old trauma, they can be a powerful reminder of the circumstances and events that brought the PTSD sufferer so much pain and misery in the past.

Good relationships that end in tragedy (the death or disappearance of a loved one) are also a potential trigger for retraumatizing episodes, if the previous trauma involved a similar loss.

Effects of Retraumatization on PTSD Sufferers

Retraumatization won’t necessarily sabotage the recovery of a PTSD sufferer. People diagnosed with PTSD know that, even as treatment progresses, triggering events can take them back to difficult times and force them to relive harsh and painful memories. The techniques they’ve learned to manage their symptoms can still be effective, and the perspective they’ve gained on their illness may not be totally lost.

Nevertheless, because of the intensity of the reaction it causes, retraumatization does represent a legitimate setback in the recovery process, and it will have consequences.

Some of the possible effects of retraumatization include:

PTSD sufferers won’t forget what they’ve learned during treatment, but retraumatizing events will shake them to the core and can put their recovery on unstable ground, for at least a while. Retraumatization will revitalize PTSD and that is a reality that will need to be addressed during counseling and in peer support group meetings, assuming the individual returns to treatment (as they should).

Impact of Retraumatization on Physical and Mental Health

After retraumatization, an individual with PTSD will go through a period of heightened sensibility and renewed vulnerability to traumatic memories. This means greater stress and anxiety, and chronic stress is related to the onset or exacerbation of numerous medical conditions, including:

These problems are associated with PTSD in general, and episodes of retraumatization will increase the risks even further.

Meanwhile, PTSD is often comorbid with other mental and behavioral health disorders, and retraumatization can have an effect on the expression and development of such conditions.

Some of the common conditions known to co-occur with PTSD include:

Retraumatization can intensify the symptoms of such conditions, lead to their initial onset, or cause a relapse among people with PTSD who are in recovery from substance abuse or an eating disorder.

Relief From Trauma is Possible

Recovery from Retraumatization and PTSD

People with PTSD tend to develop a range of avoidance strategies to protect themselves from possible reminders of their past trauma, and those who’ve been retraumatized will often double down on this strategy.

But this is exactly the wrong approach. While it is understandable that those who suffer retraumatization might become pessimistic and discouraged about the possibility of overcoming PTSD, in the wake of a retraumatizing episode treatment is more important than ever—as is confidence that it will work.

Retraumatization is a step backwards, but it doesn’t put the PTSD sufferer back to square one. Retraumatization is relapse, but relapse is common among people striving to overcome persistent behavioral or mental health condition, and the occurrence of relapse should never be used as an excuse for surrender.

During treatment for PTSD it is important to remain focused on the future and to do so with hope and positive feelings, and retraumatization doesn’t negate the necessity of taking that approach. To get back on track, PTSD sufferers who’ve encountered a bump in the road can benefit tremendously from additional time spent in inpatient or intensive outpatient treatment, where they can recommit to healing in a supportive environment among peers who understand the obstacles and detours that can occasionally deflect someone off the right path.

In residential care, people with PTSD can pick up tips for survivors of a disaster or personal tragedy that can help them avoid the extreme responses that lead to retraumatization. They can also learn PTSD prevention strategies that may decrease their chances of being exposed to retraumatizing incidents in the first place.

Treatment for PTSD isn’t a quick fix or a linear route. Recovery from PTSD is a long-term process, and everyone’s pace of healing is different. Successful recovery requires time, commitment, patience, and self-acceptance, and if all are present retraumatization may turn out to be nothing more than a temporary setback—painful, but still temporary.