Can Schizoaffective Disorder Be Caused by Trauma? The Relationship Between PTSD and Psychosis 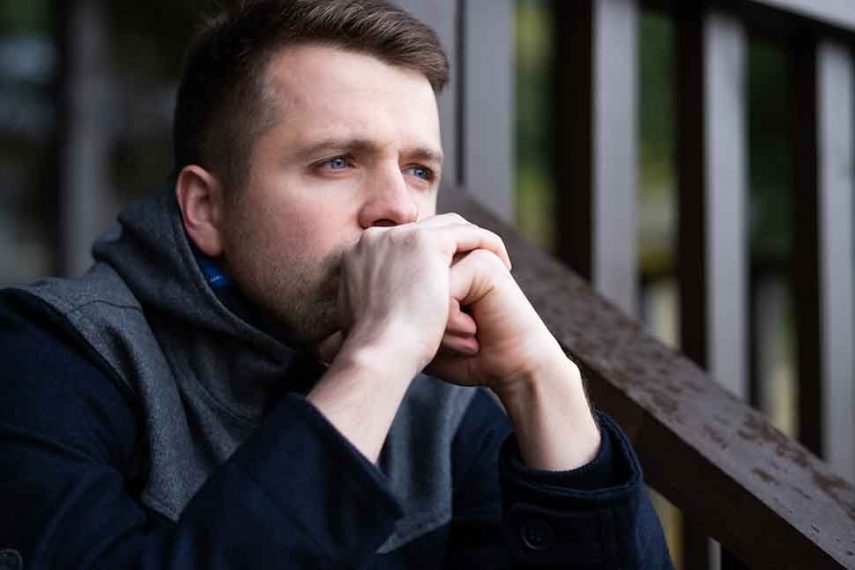 Trauma does not cause schizoaffective disorder, but it is a strong risk factor. Anyone who has experienced trauma, especially in childhood, is at a greater risk of developing psychotic symptoms or a condition like schizoaffective disorder. Because these conditions and symptoms are similar, it is essential to get an accurate differential diagnosis. This is the first step in planning and initiating the treatment that will help an individual cope with trauma and live with and manage a chronic, serious mental illness

Trauma in any form can lead to post-traumatic stress disorder (PTSD) or other mental health conditions. PTSD may include psychotic symptoms like hallucinations and delusions. Schizoaffective disorder also causes psychosis, and there may be a connection between these two conditions.

It’s not accurate to say that trauma causes psychotic conditions, but it is a definite risk factor. With such similar and overlapping symptoms, it is essential that patients get accurate diagnoses and relevant treatment for all existing conditions.

Schizoaffective disorder is a serious mental illness that causes psychotic symptoms as well as symptoms of bipolar disorder. The bipolar aspect of this condition can trigger episodes of depression and mania, or just mania. During a depressive episode, a person may feel sad and hopeless, have low energy, be uninterested in normal activities, and avoid social interactions. Mania causes high energy, euphoria, racing thoughts, and impulsive behaviors.

Trauma is the underlying cause of post-traumatic stress disorder. But experts don’t know for sure why some people go through trauma and never develop PTSD, while others do. Family history certainly plays a role, and other risk factors include severe or recurring trauma, a poor support system, substance abuse, and other mental illnesses.

Someone with PTSD may have experienced any type of trauma, including natural disasters, child abuse, witnessing violence, being assaulted, or being in military combat, among many others. Just some of the symptoms of PTSD are intrusive memories, flashbacks, nightmares, avoidance of triggers, social isolation, lack of interest in activities, anger, difficulty concentrating, and a strong startle response.

PTSD can also trigger psychotic symptoms. Not everyone with the condition will experience them, but studies with veterans indicate that between 30 and 40 percent have hallucinations, delusions, or both. Some experts advocate for a sub-type of PTSD, known as PTSD-SP, or PTSD with secondary psychotic features.

Can Schizoaffective Disorder Be Caused by Trauma?

There is definitely some overlap between trauma and PTSD and psychosis. No one can currently say, though, that one thing causes another definitively. The more accurate way to describe the relationship is that they are risk factors for each other. There are studies that show the experience of trauma in childhood, whether or not it develops into PTSD, is a risk factor for schizophrenia and psychosis later in life.

An extensive review of 27,000 studies has definitively confirmed that trauma puts people at risk for psychotic conditions and symptoms. The researchers looked at three different groups of people: those who experienced trauma as children, those who have experienced psychosis as adults, and random adults.

From all groups, the connection was clear. The study showed that children who experienced trauma before age 16 were three times more likely to have some type of psychosis as adults. Severe trauma increased the risk by 50 times.

How trauma may trigger psychosis and put people at greater risk for conditions like schizoaffective disorder is not known. However, some ideas include the impact of trauma on the developing brain. Children’s brains are still growing and developing, and a traumatic experience may cause a disruption or damage that later leads to psychosis.

The Importance of a Differential Diagnosis

It can be very challenging to diagnose mental illnesses with overlapping symptoms. Mental health professionals should be the ones to diagnose patients who have symptoms similar to multiple illnesses, such as PTSD with psychosis. A person with these kinds of symptoms may have PTSD with psychotic symptoms or PTSD and schizoaffective disorder. Being able to determine the most accurate diagnosis is necessary for planning the most effective and useful treatment.

For instance, if someone with PTSD also has schizoaffective disorder, but the latter is not diagnosed, it will remain untreated. Episodes of schizoaffective disorder can recur later, causing the individual to also relapse into the symptoms of PTSD. In order to manage trauma and existing mental illnesses, each one must be recognized and treated.

A good place to get an expert diagnosis followed by the best treatment is a facility that specializes in serious mental illnesses. A residential facility staffed by a team of mental health professionals can make accurate differential diagnoses, get to know patients, and plan the best care. Ongoing treatment in a residential setting then provides the patient with a safe place to focus on getting better and managing symptoms for the long-term.

Treatment for Schizoaffective Disorder and PTSD

If one condition is left undiagnosed and untreated, the consequences can be serious, including relapses of both. Treating PTSD and trauma mostly involves using therapy to face the traumatic experiences, memories, and intrusive thoughts. Therapists specializing in trauma care can safely guide patients to think through and learn how to cope with past trauma.

Treatment should also address the specific symptoms of schizoaffective disorder. This usually means combining therapy with medications. Therapy is useful for changing thought patterns and behaviors, recognizing symptoms and their triggers, as well as learning self-care and management. Medications that may be helpful include antipsychotics, antidepressants, and mood stabilizers.

The most important thing you can do for yourself or someone you care about who has experienced trauma or who has psychotic symptoms is to get a professional diagnosis. This is the only way to proceed with a treatment plan that will be effective in the long run. Consider residential treatment as the best way to focus on therapy and to have a safe place in which to find the right medication to manage symptoms. Only with ongoing, appropriate care can you move past trauma and learn to manage psychosis.