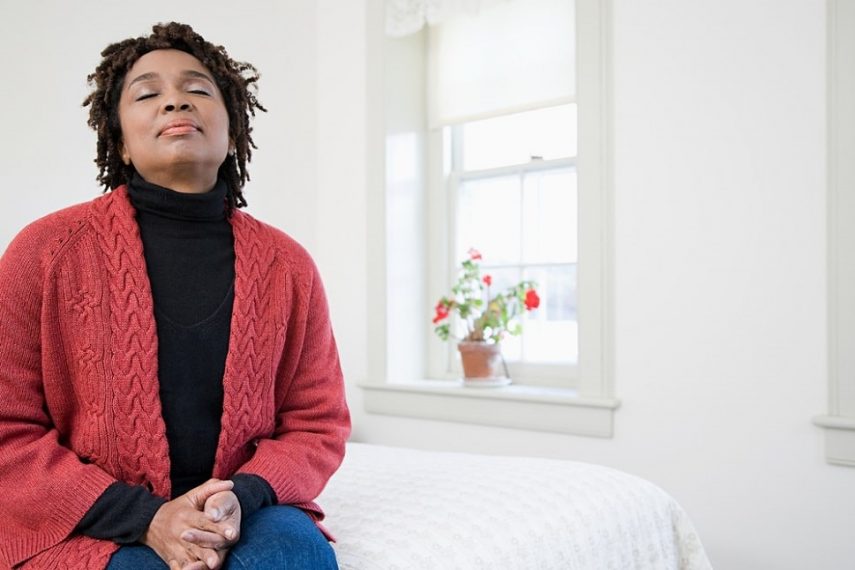 When we are unable to move through trauma, the resulting stress can put dangerous strain on the brain and on the body. But treatment can mitigate these risks and make possible a life not overrun with traumatic stress. The earlier a person receives treatment, the better their chances for a healthy and fulfilling future in recovery.

Our experiences in life are generally three-dimensional—felt through our emotions, our sense, and our physical bodies. For people with post-traumatic stress and other trauma disorders, they likely disconnected from the totality of their experience during some traumatic event in the past. It was a coping mechanism. It was the best they could do to survive the trauma. Unfortunately, without fully processing the impact of that experience, the trauma is stuck. And, in some way or other, it is playing on repeat as if in an attempt to finally play out authentically so it can be archived in the past, where it belongs.

Treatment plays the role of supporting this authentic experience in the present. And, perhaps more importantly, treatment for trauma helps to seriously lessen an individual’s pain and distress and to strengthen them with ways to effectively cope with stress in the future. Researchers and clinicians understand how PTSD affects the brain and the body. They know how important it is to mitigate long-term damage and to relieve suffering as soon as possible for lifelong recovery.

How Does PTSD Affect the Brain?

PTSD is a disordered relationship to stress originally triggered by an overwhelmingly stressful event in the past. And stress is a physical and chemical response that happens automatically in the face of certain triggers. In an original biological sense, our heightened state under stress is a positive coping mechanism when we are in danger and need to protect ourselves. When personal protection is on the line, surges in the hormones cortisol and norepinephrine can give us a survival edge. But we’re not meant to have the stress-related regions of our brain firing overtime on a regular, daily basis. This can lead to serious neurochemical and biological dysregulation.

Someone with post-traumatic stress disorder tends to react to more widespread triggers, more easily, more often, and more intensely. According to researchers, “Stress results in acute and chronic changes in neurochemical systems and specific brain regions, which result in long-term changes in brain ‘circuits,’ involved in the stress response.” The hippocampus, the amygdala, and the medial prefrontal cortex are areas of the brain that help to regulate our level of stress, and they are vulnerable to an overactive stress response. In someone with PTSD, it can become something of a snowball effect when the stress response fires and it becomes difficult or even impossible to turn it off. The post-traumatic triggers are already excessive, and they may become even more widespread because an over-active stress response tends to breed more stress.

On top of the general levels of pain and suffering that happen under so much stress, a person with post-traumatic stress disorder may also experience other psychological disturbances, including:

How Does PTSD Affect the Body?

Looking again at our natural preparation in times of stress and danger, the biochemical stress response also readies our bodies for survival by increasing the heart rate and circulation, increasing glucose in the blood for energy, and slowing digestive, reproductive, and immune systems since they are secondary for survival. We are prepared to fight or to flee when faced with real danger. But sometimes this stress response fires even when real danger is not present. And this is very common for someone with a trauma disorder who has not had the opportunity to process their past traumatic experiences in a supportive recovery environment.

We are not meant to have the brain’s stress centers firing so often as they do in the context of post-traumatic stress disorder. Not only does an overactive stress response tax the brain, emotions, and memory; it also puts dangerous strain on the body. The following physical conditions have been associated with PTSD:

The Benefits of Early Treatment for Post-Traumatic Stress Disorder

These physical and psychological symptoms can mean long-term dangerous effects, especially the longer it takes for a person to get treatment for PTSD. The risks of developing or worsening co-occurring mental health disorders also increase when necessary treatment is delayed. If you have a loved one who is suffering from post-traumatic stress disorder, it’s very important to recognize that they need compassionate clinical care. This is the only way for them to safely overcome the difficult obstacles to processing their trauma and to mitigate the possible risks to their brain and body health.

Whereas life with post-traumatic stress disorder can feel volatile and out of control, treatment for PTSD can feel safe and supportive for someone who has been haunted by their trauma for a long time. Long-term treatment gives clients a chance to develop strong, trusting relationships with their therapists, who can help them to truly reshape the active relationship to stress and trauma. Only in the context of a treatment center, under the close assessment of clinicians, can a client’s particular treatment needs be determined. PTSD treatment options are diverse, and individualized plans respond to each person’s recovery needs. Healing begins here.

BrightQuest offers comprehensive residential treatment for people struggling with mental health disorders as well as co-occurring substance use disorders. Contact us to learn more about our renowned program and how we can help you or your loved one start the journey toward recovery.