Complex PTSD and Romantic Relationships: Healing Trauma Together Through Treatment 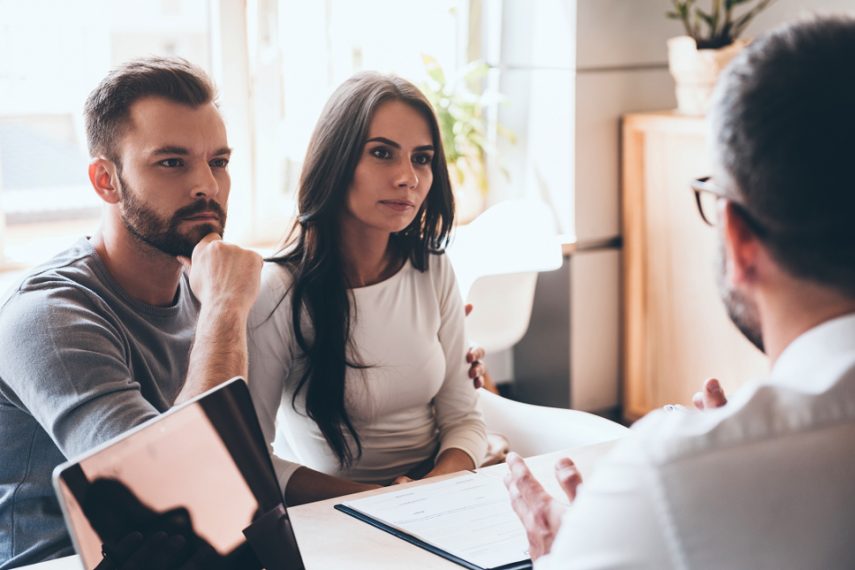 The effects of complex PTSD can disrupt lives and devastate romantic relationships. If your partner is living with this condition, your support can help them heal trauma through treatment. Learn your responsibilities in your romantic partner’s treatment and help them begin the journey to recovery today.

When Armin first entered into a romantic relationship with Jana, he knew very little of her past. He knew she had fled her home country in the middle of a prolonged and violent civil war several years earlier; aware of her reluctance to talk about her wartime experiences, Armin respected her feelings and didn’t press for details.

After they moved in together, however, Armin became aware that Jana’s past trauma was still very much a part of her present life. At night, Jana alternated between severe nightmares and prolonged bouts of restless sleeplessness. She was prone to fits of seemingly unprovoked rage. She accused Armin of hiding secrets from her and claimed she could not trust him. Suspecting she might be suffering from post-traumatic stress disorder (PTSD), Armin eventually convinced Jana to see a therapist.

Jana, it turned out, had a variant of PTSD known as complex PTSD. While PTSD, a mental illness that causes severe recurring anxiety and fear, may come about as a result of a single traumatic event of relatively brief duration—such as a serious accident or a violent assault—the trauma that triggers the onset of complex PTSD is prolonged and repeating, lasting for months or years. Examples of such trauma include long-term physical, sexual, or emotional abuse, a lengthy captivity, or, as in Jana’s case, a struggle to survive during times of war. Complex PTSD, also known as C-PTSD, is harrowing and devastating for the sufferer; the effects of this condition may also create stress for their romantic partner.

Comprehensive and careful professional treatment for C-PTSD is necessary for recovery. As this condition may create trust issues and inhibit the formation of interpersonal bonds, treatment may also be needed to heal romantic relationships damaged or destroyed by the painful effects of complex PTSD. If someone you love has C-PTSD, your support and empathy can aid in their recovery and repair your strained relationship.

Complex PTSD shares a common base of symptoms with PTSD, including flashbacks, nightmares, anxiety, and self-destructive thoughts or behaviors. In addition, C-PTSD features a number of symptoms specific to the condition, including the following:

In addition to anxiety and emotional distress, C-PTSD can bring about a host of physical ailments, such as substance use disorders or eating disorders, chronic pain, migraines, heart problems, and gastrointestinal problems. If left untreated, C-PTSD can lead to ongoing feelings of depression, loneliness, and anger.

If your romantic partner suffers from the effects of complex PTSD, it’s probably taking a heavy toll on their life and well-being in multiple areas. Your romantic relationship may be one of those areas. C-PTSD may make your partner unable to fully trust anyone, even those who are closest to them—and that could include you. Your partner may also feel isolated, as though no outsider can understand what they’ve been through; as much as you care about their physical and emotional health and sincerely wish to help them heal, you may not be able to circumvent their strong defensive barriers to communicate your feelings of love and support without the aid of mental health professionals.

As mentioned above, one of the many symptoms of complex PTSD is an ongoing search for a rescuer. During the sustained trauma responsible for creating this condition, your partner may have longed for someone to free them from their situation; even after the traumatic situation has ended, the urgent desire for a rescuer might linger on. If your partner wants you to constantly perform the role of their savior, it can create a strain on your dynamic. While you may find such behavior unsettling or confusing, it’s important to always treat your romantic partner with trust, patience, and understanding.

Professional treatment for complex PTSD takes much the same form as treatment programs for other forms of PTSD, although the symptoms unique to C-PTSD are addressed as well. The intention of treatment is to restore power to the traumatized individual to mitigate the damaging effects of the symptoms and help them reconnect with their everyday life.

Treatment may include the introduction of grounding techniques to help patients connect with the present moment instead of dwelling on past trauma, plus psychotherapy methods such as cognitive behavioral therapy (CBT) to learn healthier ways of coping and eye movement desensitization and reprocessing (EMDR) to desensitize patients to the effects of traumatic memories. Antidepressants such as Zoloft, Paxil, and Prozac may be prescribed to help regulate depression and feelings of severe anxiety caused by the condition.

Be aware that recovery can be slow—after all, your partner is not just receiving treatment for the effects of a single trauma, but for a series of ongoing and repeating traumas. Residential mental health treatment centers are highly useful for treatment, as they provide a supportive and healing environment with around-the-clock care to stabilize symptoms and help individuals learn new coping strategies. Treatment for complex PTSD may take several weeks or months to complete.

Your Responsibilities in Your Romantic Partner’s Treatment

If someone you love is receiving treatment for complex PTSD, you may be able to aid in their recovery. Make an effort to learn all you can about your partner’s condition—the causes, the symptoms, the effects, the treatment—and be prepared to approach them with openness, understanding, and a lack of judgment.

Make sure you respect their boundaries. Don’t risk retraumatizing them; don’t force them to re-experience traumatic memories if they’re not ready and willing to discuss them with you. Listen to them when they want to talk, but be prepared to give them space, if that’s what they prefer. Find useful ways to help them through traumatic flashbacks and other disturbing effects of complex PTSD and give them active support with their treatment. When your romantic partner has C-PTSD, helping them recover will require empathy, compassion, and gentle support. With your active participation in their professional treatment, you’ll be able to strengthen your romantic bond and help your partner through the healing process.

BrightQuest Treatment Centers provide world-class residential treatment for PTSD and other complex mental illnesses. We know that choosing the right treatment option for yourself or a loved one is difficult. We believe our unique model of care gives our clients the best chance at success.