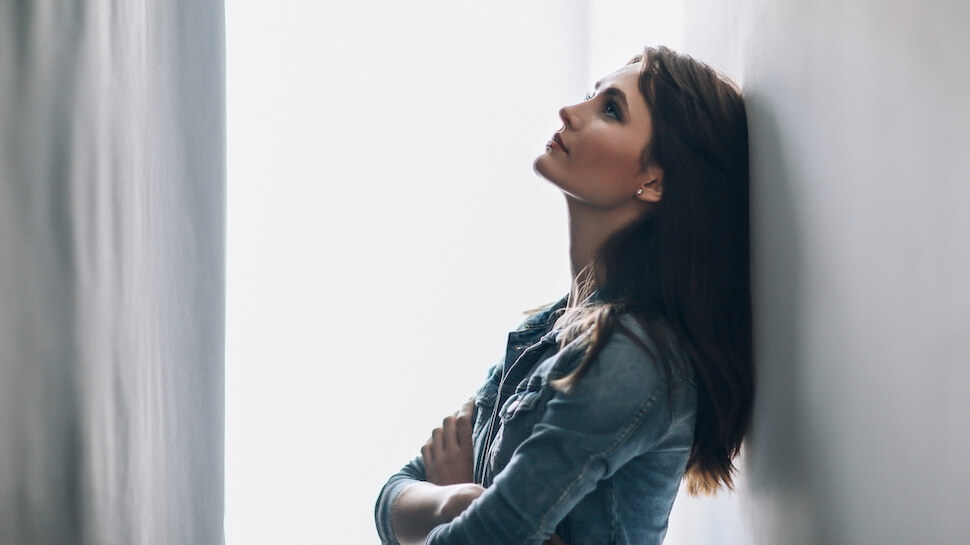 Anxiety disorders produce distressing and inhibiting stress reactions in particular environments. Bipolar disorder manifests as alternating states of depression and mania, robbing those who have it of their emotional stability. As a combination, they can produce bewildering and emotionally painful symptoms that makes normal functioning next to impossible.

Mood disorders and anxiety disorders are often diagnosed simultaneously. The presence of both can lead to much worse outcomes if treatment is not provided. Bipolar is a particularly complex disorder, since it causes such dramatic changes in mood and thinking.

For those caught in the grip of co-occurring bipolar disorder and anxiety, comprehensive treatment services at BrightQuest offer a clear pathway of escape. Our recovery programs for complex mental illness are intensive, fully personalized, and developed by skilled, experienced, empathic treatment professionals who understand the nature of such conditions. We specialize in difficult cases and have helped many men and women overcome previously debilitating conditions.

Treatment for Co-Occurring Bipolar Disorder and Anxiety at BrightQuest

Persistent anxiety makes it difficult to manage situations that others handle easily. When bipolar disorder complicates the picture, the challenges are even harder to overcome.

Co-occurring anxiety and bipolar disorder create a complex mixture of troubling symptoms. In most instances, those who have both will require intensive and extensive treatment to overcome to eliminate their suffering.

People with bipolar disorder experience alternating periods of highs (mania) and lows (major depression). Such mood swings are not unusual for human beings, but what marks bipolar as a serious mental health condition is the depth, persistence, and intensity of the symptoms experienced.

The symptoms of mania or hypomania that accompany bipolar include:

At the extreme end, manic episodes can produce symptoms of psychosis, creating a medical emergency that requires swift intervention.

Meanwhile, the symptoms of depression associated with bipolar disorder include:

Depression drains a person of their life energy, which makes it difficult to take the initiative. Individuals trapped in bipolar depression usually require the intervention of family members, since they lack the hope and motivation necessary to ask for help on their own.

Anxiety disorders are the official diagnoses when anxiety is chronic and causes significant life disruptions. The overwhelming intensity of the anxiety makes it difficult to work, keep up at school, or manage normal life responsibilities.

There are six types of anxiety disorders currently recognized by the American Psychiatry Association, and they include:

While each of these conditions has a unique profile, the symptoms they cause are similar in their nature and intensity. These symptoms are both physical and psychological, and they can include:

This type of anxiety is highly debilitating. Those who experience it adopt numerous avoidance behaviors to protect themselves from situations that might trigger an anxious response.

Our highly trained and experienced mental health experts will develop a recovery plan that addresses your loved one’s dual conditions fully and completely. They may uncover other behavioral or mental health disorders in addition to your loved one’s anxiety problems and bipolar disorder, and if so they will be aggressively and effectively treated as well.

Regardless of the nature or complexity of a client’s mental health issues, our residential treatment for bipolar disorder and anxiety offers appropriate therapies, proper medication, and unconditional support from peers and treatment professionals alike.

BrightQuest Levels of Care for Bipolar Disorder and Anxiety

Men and women who struggle with co-occurring anxiety and bipolar disorder carry a significant burden. Family members do their best to help, but overcoming these conditions requires professional intervention.

Many of our clients spend a year or more in treatment, based on their pace of recovery. BrightQuest treatment plans are intensive and truly transformative. Our levels of care include:

With facilities conveniently located in San Diego, California, and Nashville, Tennessee, we offer the finest in mental health care services to clients who are truly motivated to change and seek a transformative experience that will guide them toward a life with greater independence. Our evidence-based therapies for anxiety and mood disorders include:

What really makes BrightQuest different is the sense of community everyone works hard to create. Your loved one will form satisfying and productive relationships with our exceptional staff who comprise their treatment team, their peers, and with your family as they discover and build the tools they need to achieve greater independence in their lives.

Lasting Change for a Better Life

Your loved one has been facing enormous mental health challenges. Their emotional stability has been compromised by their co-occurring bipolar disorder and anxiety symptoms, which intrude on their daily reality in a number of disturbing ways.

At BrightQuest, we can prepare your loved one to return to their life healthy and restored, by helping them confront their mental health issues openly and honestly. Our world-class experts will provide treatment services that really work, and with your loved one’s cooperation, our therapeutic community can make a profound and lasting difference in their life.

Managing bipolar disorder takes perseverance and knowledgeable assistance, and the presence of anxiety issues adds greater urgency to the need for expert recovery services. The time to deal with your loved one’s continuing mental health struggles is now, before they lose any more time to the insidious effects of conditions that they have the power to overcome.

If your loved one is suffering from bipolar disorder and anxiety, contact us today.

Are Anxiety Disorders Affecting Your Family?