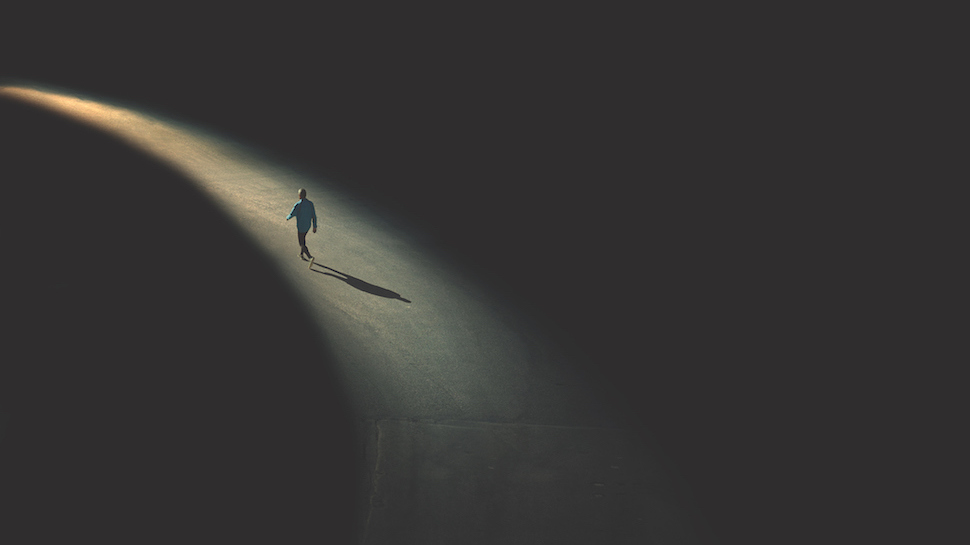 People with borderline personality disorder (BPD) struggle to maintain a healthy and consistent self-image. Insecure and unsure of themselves, they experience frequent mood swings and are often mercurial in their behavior. Their inner worlds are frequently filled with turmoil, and they may project their sense of uncertainty onto the outside world.

During times of stress, which may be caused by interpersonal conflict or a lack of self-confidence when facing personal or professional challenges, a person with BPD may suddenly feel surrounded by menace or danger. They may suspect that others—even people they would normally trust—are conspiring against them, or that mysterious forces may somehow be oppressing them.

These feelings of suspiciousness and paranoia may last for just a few days, a few weeks, or indefinitely. Stress-related paranoid ideation is the term chosen by mental health professionals to describe this state of mind, which can cause great misery and consternation among people with borderline personality disorder.

Paranoia as a Symptom of BPD

In one comprehensive study of patients receiving mental health services, 87 percent of participants with BPD reported experiencing the symptoms of paranoid ideation. This type of paranoia is classified as “non-delusional,” which separates it from the paranoid delusions associated with psychotic conditions.

Under the influence of non-delusional paranoia, people with BPD may see signs and symbols of hostile intent everywhere. They may detect hidden meanings in speech, body language, casual glances, and other behaviors that would seem non-threatening or perfectly benign to anyone else. In some instances, their paranoia may center on remote, impersonal forces, like the government or big corporations, that they fear may be spying on or plotting to exploit them.

Unlike people with delusional disorders, men and women experiencing stress-related paranoid ideation are not convinced they have absolute proof that such conspiracies are real. But their fears are powerful, persistent, and difficult to overcome.

Once the stress and anxiety that provokes such feelings is relieved, the person with BPD experiencing paranoid ideation may regain their normal perceptions. But if the source of the stress is chronic and related to enduring life circumstance, their stress-related paranoia may continue indefinitely, at which point treatment may be their only hope for a rapid recovery.

Paranoia is a common complication among people with mental health troubles. Besides borderline personality disorder, the other mental and behavioral health conditions that can produce paranoid symptoms include:

Paranoid schizophrenia, or schizophrenia with paranoia, develops in conjunction with delusional psychosis. People with this disorder are convinced they’re the target of hostile plots or campaigns of sabotage, and that hostile actors or agencies are monitoring their every move while actively working to thwart, oppress, or defeat them. They often hear voices (auditory hallucinations) that seem to confirm their worst fears and may need antipsychotic medication to reemerge from their delusional states.

People with persecutory delusional disorder believe they are being chronically abused, exploited, or plotted against by other people or by sinister organizations (often government agencies). Those who show symptoms of jealous delusional disorder are absolutely convinced their spouses or partners are being unfaithful, and they are immune to any evidence that proves otherwise.

Like schizophrenia, delusional conditions are classified as psychotic disorders based on their ability to produce perceptions and conceptions that seem completely real but are entirely illusory.

These mental health conditions mimic established forms of mental illness, but they are caused by chronic, untreated substance abuse and addiction. Stimulants like cocaine and methamphetamine can cause frightening and overwhelming feelings of paranoia, and cocaine addiction in particular has long been associated with a paranoia so extreme it can cause violent behavior.

Hallucinogen abuse can also cause paranoid beliefs or perceptions, and many people who report having “bad trips” while under the influence of LSD or other hallucinogens describe being stalked, chased, or persecuted by demons and other types of terrifying monsters.

Before borderline personality disorder with stress-related paranoid ideation can be diagnosed, psychotic disorders and substance abuse must be ruled out as causal factors for the symptoms experienced. Psychotic disorders and substance use disorders may be comorbid with BPD in some instances, however, so BPD could still be diagnosed even if alternative explanations for the paranoid ideation are found.

If paranoid symptoms are best explained by the presence of a personality disorder exclusively, it is their duration and context that will determine the diagnosis. Chronic and persistent feelings of paranoia will usually lead to a diagnosis of paranoid personality disorder, while temporary states of paranoid ideation associated with relationship conflicts or other types of stressful situations will make BPD the more likely alternative.

Despite its persistent nature, borderline personality disorder—and its symptoms, including paranoid ideation—will respond well to mental health treatment, if treatment plans are carefully customized to meet the needs of the individual patient.

Medications are often recommended for people with psychotic disorders that produce paranoid delusions. But in the case of borderline personality disorder and paranoid ideation, psychotherapy is more likely to contribute to long-term recovery.

Some of the therapies that have helped people with BPD change their patterns of thinking and reacting include dialectical behavior therapy (DBT), cognitive behavioral therapy (CBT), and psychodynamic therapy, all of which combine practical strategies for self-improvement with the search for greater self-understanding. Holistic healing practices like meditation, biofeedback, Tai Chi, and yoga are also highly recommended for people with transient paranoid ideation, who can benefit greatly from learning more constructive ways to manage stress.

It is never easy to cope with personality disorders, which alter a person’s perspective from a very young age. But with a true commitment to personal growth and psychological development, people who enroll in outpatient or inpatient treatment programs for borderline personality disorder and paranoid ideation can experience dramatic and positive changes in the way they think, behave, and live.