How is Delusional Disorder Different From Schizophrenia and How Does it Impact Treatment? 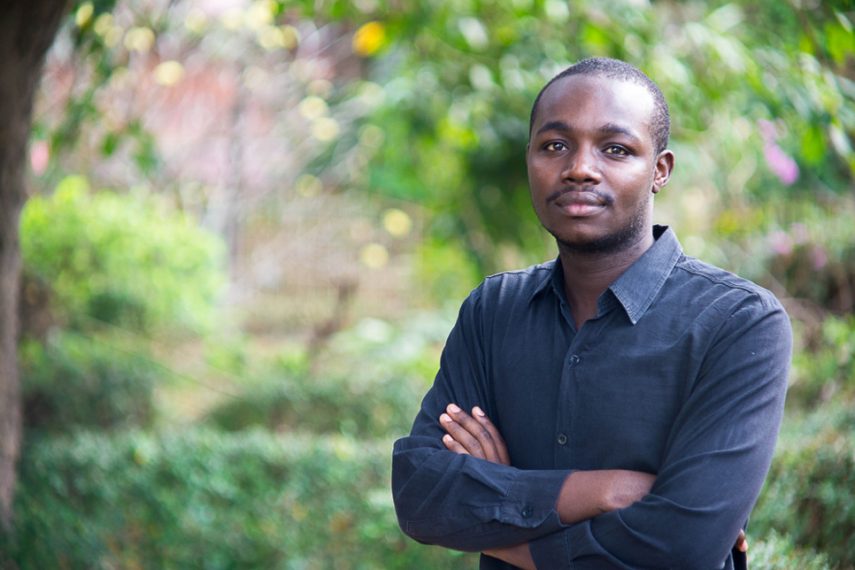 Delusional disorder and schizophrenia may look similar at first glance, but there are significant differences between them. If your loved one is struggling with delusional disorder, exploring these differences is critical for recognizing your loved one’s experiences and understanding both the possibilities of, and barriers to, recovery. Regardless of the type of delusions your loved one is experiencing, there are treatment options available that can help restore inner harmony and ground them in reality-based thinking.

John doesn’t have schizophrenia. But he does have psychosis. Not the kind of psychosis that made him believe he was speaking to God, or gave him visions, or disrupted his ability to function independently. Instead, he believed his wife was cheating on him. This belief wasn’t a simple suspicion, the product of insecurity, or residual feelings of past betrayal. It had no basis in reality; his wife had always been faithful, and no reality-based signs of infidelity existed within their relationship. But John’s belief was unshakeable and resulted in both accusations and resignation as he swung between the desire to confront and a feeling of powerlessness to change the inevitable. “I believed it as fact,” he says. “I could not be convinced that I was mistaken or that my thoughts were rooted in anything other than reality.”

That changed when John’s wife finally suggested seeing a couples therapist, who suggested that there may be another answer to the question of why he was being betrayed: delusional disorder. “The first time I heard the phrase, I thought I was being gaslighted,” he remembers. Today, however, he credits the diagnosis with saving his marriage and restoring his sense of inner tranquility.

Delusional disorder is a psychotic disorder that too often goes undiagnosed and unrecognized. It does not have the high profile of schizophrenia, and most families are first introduced to the concept only when their loved one is exhibiting severe symptoms. If your family member is struggling with delusional disorder, you may feel confused about what they are experiencing and how their illness differs from schizophrenia. In order to support your loved one and recognize the possibilities of delusional disorder treatment, it is essential to take a closer look at this challenging and unique condition.

Of all mental health disorders, schizophrenia is that which is most strongly associated with psychosis. Indeed, delusions and hallucinations are hallmarks of schizophrenia and major components of diagnosis. However, delusions in isolation are not enough to make a diagnosis of schizophrenia. Rather, those struggling with the illness must also experience significant impairment in functioning and some symptoms must be continuously present for at least 6 months.

Delusional disorder, on the other hand, centers solely on the delusions themselves, which must be present for a period of at least a month. Delusions are defined as “fixed beliefs that do not change, even when a person is presented with conflicting evidence.” In people with delusional disorder, delusions tend to be non-bizarre; that is, they involve situations that are technically plausible but highly unlikely. For example, the belief that a spouse is cheating would be a non-bizarre delusion. Bizarre delusions, on the other hand, describe beliefs that are entirely implausible, such as that an outside force is controlling one’s thoughts. While people with delusional disorder can experience these symptoms, they are far less likely to occur than non-bizarre delusions. Unlike in schizophrenia, hallucinations are not experienced at all by most people with this condition and, if they are, they are congruent with the delusional belief. As Harvard Health Publishing explains, “Someone who has the delusions that internal organs are rotting may hallucinate smells or sensations related to the delusion.”

When considering delusional disorder vs. schizophrenia, one of the most significant differences lies in functionality. While impaired function is part of the diagnostic criteria for schizophrenia, largely intact functionality is necessary for a diagnosis of delusional disorder. “The outstanding thing about delusional disorder is that you don’t get the delusions spreading out and interrupting the thoughts about other things,” explains Dr. Alistair Munro an expert on the condition. “It’s only around the thing [the central delusion, unlike in schizophrenia] where the illness is spread right throughout the person’s personality and behavior.” When functional disruptions do occur, they are directly tied to the delusions themselves; for example, a person who believes a co-worker is plotting to kill them may quit their job.

However, people with delusional disorder are often “aware that their beliefs are unique [and] generally do not talk about them.” As such, the condition may not be readily apparent to others. “They may be regarded as rather odd, difficult, cranky, that kind of thing,” says Dr. Munro. However, this is often not the case; many people exhibit no obvious signs of anything unusual to the casual viewer, which makes delusional disorder far more difficult to detect than schizophrenia is. Additionally, people with the disorder often see no reason to seek psychiatric help; they are convinced of their belief and do not regard it as a symptom of mental illness, particularly if their functionality remains intact and they do not see any undeniably damaging effects of their illness in their life. At the same time, an awareness that the belief sounds unrealistic to others and fear of judgment may lead them to conceal their thoughts even to a healthcare professional.

There is no single type of delusion experienced by all people with delusional disorder. However, there are themes around which delusions tend to center. These include:

Just as delusions can vary in theme, they may also vary in duration and intensity. For some, delusions last for extensive periods and may intensify over time. In others, delusions are relatively short-lived, lasting only for a few months and eventually disappearing altogether. There is also no firm timeframe of onset; the disorder can begin presenting in adolescence, in late adulthood, or any time in between, although it primarily emerges later in life. These are significant differences that distinguish delusional order from schizophrenia, which is a lifelong condition that typically appears in early adulthood.

The nature of delusional disorder can present significant challenges for initiating treatment, as delusions are often private and not apparent to outside viewers, nor identified as the product of a psychiatric condition by the person struggling with the illness. By the time delusional disorder becomes observable to others, chances are that delusions have reached a heightened level of severity and may have begun to have an impact on functionality. As such, intensive treatment in the form of residential care may be required when a person with delusional disorder comes into contact with mental health professionals, and that contact is frequently initiated by family members.

Treatment for delusional disorder typically involves antipsychotic medications and psychotherapy to help quell delusional thoughts while giving patients increased inner resources to differentiate between delusions and reality and addressing the emotional impact of the delusions. If functionality has been compromised, whether isolated to the delusion or more general in nature, life skill supports can be an invaluable part of the recovery process. Family support is also frequently an essential component of treatment and dedicated family support services—including support for couples—can offer a safe space in which to learn, process, and communicate together in order to foster deeper bonds and create effective healing strategies for the family as a whole.

While delusional disorder can present barriers to accessing treatment, treatment itself can be life-changing for those who decide to participate. “I started to feel that everyone was talking against me at the office … I started to feel that people were looking at me funny, judging me funny,” says Christy, who was diagnosed with delusional disorder as an adult. “It culminated into one evening where I unplugged the satellites because I believed everyone was spying on me, and I believed they were all linked to organized crime.” That evening her parents had her admitted to an inpatient treatment program, where she was able to finally identify her condition and begin the healing process. This trajectory is common for those who end up getting help and many are initially reluctant to engage in treatment. As such, connecting to a treatment program that delivers compassionate care led by experts who understand both the challenges and possibilities of delusional disorder treatment is essential to helping your loved one open up, understand their situation, and take the steps necessary for recovery.

Christy is now speaking out about her own experience with delusional disorder in order to encourage others to get help and heal. “One of my key messages is that if you do get sick, it’s not a life sentence,” she says, “With proper treatment you can achieve a full life again.”

BrightQuest offers comprehensive residential treatment for people struggling with mental health disorders such as delusional disorder and schizophrenia. Our unique model of care promotes long-term behavioral change and independent living to give our clients the best chance at success.

Is Delusional Disorder Affecting Your Family?