Understanding Different Types of Psychosis and Why Accurate Diagnosis Matters 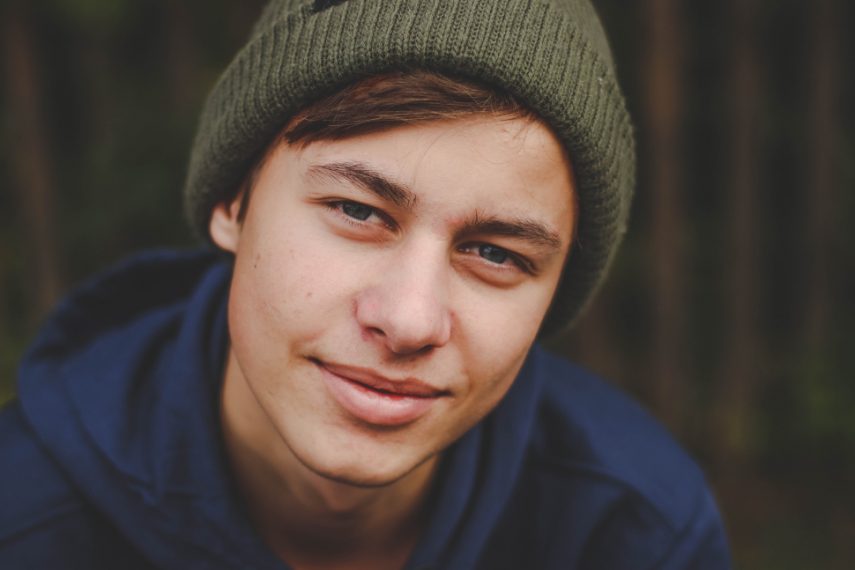 Psychosis can be profoundly disorienting and disturbing, both to experience and to witness. If your loved one has had a psychotic episode, it is critical to learn about the different types of psychosis to help identify what is causing their break with reality. With an accurate diagnosis, appropriate treatment, and family support, your loved one can learn how to cope with their symptoms, even in the presence of a severe underlying mental health disorder.

Garnet believed he was an inventor. In his mind, he had invented food replicators and spaceships and saved people in developing countries by creating a new kind of water filter that would keep them safe from parasites. He also believed people were stealing ideas and paying off his grandfather for his inventions, payments that had left his grandfather a wealthy man.

Jesse, on the other hand, believed invisible people spoke to her. At first, they said they were guardian angels and that she was going to be a famous musician, adored by fans. In the trees, she heard her fans whispering their affection. But the fans weren’t content to just love her from afar; they began stalking her and secretly recording her even in her own home, which she had to regularly inspect for cameras.

Psychosis is a thread that runs throughout the lives of both Garnet and Jesse, connecting them through shared breaks with reality. However, the forms their psychoses take differ drastically, from the frightening and isolating to the uplifting and grand. But the exact presentation of psychosis isn’t the only thing that separates Garnet and Jesse; their psychoses also originate from different sources, and identifying the specific types of psychosis has been essential for each of their recoveries.

Psychosis does not describe a particular mental health disorder. Rather, it is a symptom that can arise out of a variety of psychiatric and physical illnesses that cause you to lose touch with reality. These include:

Brief Psychotic Disorder: Brief psychotic disorder occurs when psychotic symptoms appear suddenly and resolve quickly, lasting less than a month. This psychosis is not related to any other mental illness or substance abuse and is often triggered by overwhelming distress, such as trauma or the death of a loved one. Women may experience brief psychotic disorder postpartum. However, this disorder may also appear with no known trigger.

Schizophrenia: Schizophrenia is a chronic mental health disorder that causes psychotic symptoms to persist for at least six months and significantly interfere with your loved one’s ability to function. Psychosis is typically preceded by a variety of early, non-psychotic symptoms such as mood and sleep disruptions, lack of motivation, social withdrawal, and difficulties performing professionally or academically.

Schizophreniform Disorder: Schizophreniform disorder shares the symptoms of schizophrenia for at least one month but does not last longer than six months. If symptoms do persist, it is an indication that your loved one is suffering from another mental health disorder.

Bipolar Disorder: Bipolar disorder is at its core a mood disorder, but some people may experience psychotic symptoms during particular mood episodes, and these symptoms typically relate to the state of mood. For example, if your loved one is in a deep depressive episode, they may have auditory hallucinations telling them that life is not worth living. During mania, however, they may have delusions that they are destined for greatness or have special powers.

Depression: Although depression is a mood disorder, people with severe forms of the illness may experience psychotic symptoms. This is known as depression with psychotic features or psychotic depression.

Drug-Induced Psychosis: The use of certain types of drugs, including alcohol, marijuana, cocaine, amphetamines, and LSD, may cause psychotic symptoms. Typically these symptoms resolve as the drug wears off, but in some cases, symptoms can persist.

Organic Psychosis: Organic psychosis means that psychotic symptoms are the result of illnesses such as neurological disorders, brain injuries, endocrine diseases, autoimmune disorders, and sleep disorders. They may also manifest in connection with infectious and post-infectious syndromes such as HIV/AIDS, syphilis, Lyme disease, and even the flu. The nature and duration of these symptoms vary based on the individual and the specific illness.

Delusional Disorder: People with delusional disorder have fixed false beliefs, or delusions, lasting for at least one month. These false beliefs often revolve around a specific theme, such as persecution, grandiosity, jealousy, and somatic delusions, but may also be a combination of multiple themes or no identified theme at all. Those with delusional disorder do not experience hallucinations or exhibit bizarre behavior and their delusions do not typically impair function.

The Importance of Accurate Diagnosis and Treatment

If your loved one has experienced a psychotic episode, it is important that they are thoroughly evaluated by skilled clinicians as soon as possible in order to determine the cause of their psychosis. This is vital, as different types of psychosis will require different kinds of treatment and identifying the underlying condition is essential to ensuring your loved one receives the care they need to heal. Often, you will play a central role in the diagnostic process, as you can provide a perspective on your loved one’s condition that they lack due to their illness.

In some cases, diagnosis is made quickly and treatment rapidly resolves symptoms. However, if there is significant substance use associated with the psychosis, monitored detox from the substance in a residential facility followed with assessment, psychological and neuropsychological testing, and observation are helpful to get to an accurate diagnosis and appropriate treatment plan. It is also possible that there exists an underlying psychiatric illness such as schizophrenia, schizoaffective disorder, bipolar disorder, or depression which may be too severe to be handled on an outpatient basis. In either case, long-term residential care may provide a better environment for your loved one to heal.

In long-term residential treatment environments, your loved one can participate in in-depth assessments and be continuously monitored to achieve diagnostic clarity, allowing clinicians to ensure they can distinguish between closely related disorders to avoid misdiagnosis. Once your loved one has been correctly diagnosed, they can engage in a comprehensive treatment plan tailored to their unique needs using both pharmacotherapy and psychotherapies designed to address their symptoms.

It is important to remember that psychosis is only one of the symptoms they are likely experiencing; simply preventing psychotic episodes does not provide the relief most people with psychotic illness need to live healthy, rich, productive lives. As such, treatment must target both positive and negative symptoms—including thought, behavior, and mood components—while simultaneously imbuing your loved one with the skills they need to increase functionality and process any trauma brought on by their psychosis. By participating in a comprehensive treatment plan that evolves with their changing needs, they may not only gain control of their symptoms but also expand their own ability to create the life they want.

Support for the Whole Family

Of course, psychosis doesn’t just affect your loved one; it touches your whole family. As such, each member of your family needs support to cope with the impact on your lives. By taking part in your loved one’s treatment process and participating in family programming designed for families like yours, you can gain a deeper understanding of both your loved one and yourself while helping you break through the isolation and nurture your bonds.

In therapy, you will learn vital skills for how to support your loved one during and after their time in treatment and foster positive interpersonal dynamics to ensure that you maintain healthy relationships. Together, you and your loved one can begin to lay a strong foundation for a more stable, loving, and joyful future.

BrightQuest offers long-term residential treatment for people struggling with mental health disorders as well as co-occurring substance use disorders. Contact us to learn more about our renowned program and how we can help you or your loved one start the journey toward recovery.