Psychotic Depression and Anxiety: How to Help a Sibling Cope, and Where to Find Help 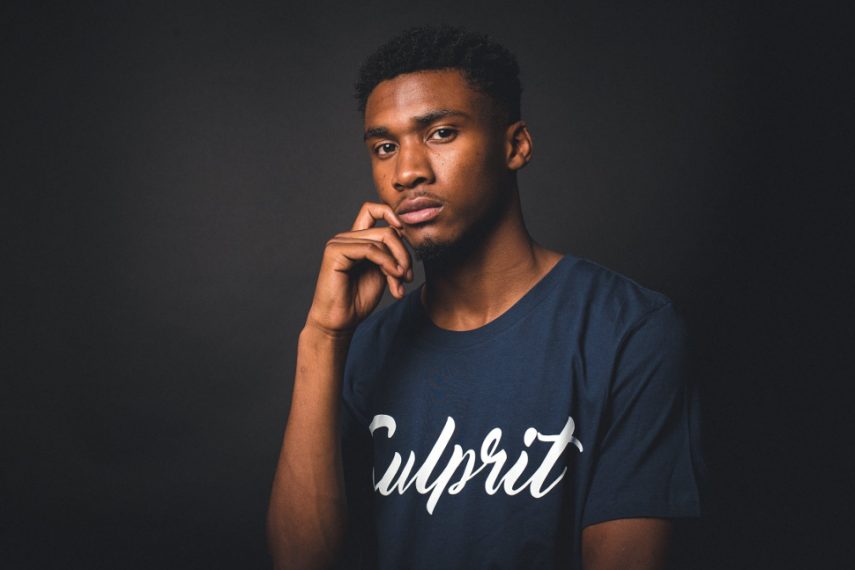 Twin brothers Cody and Ben had always been close, but when Cody moved into his university’s dorm, he soon stopped replying to Ben’s texts and phone calls. The family knew going to separate colleges would be hard for the twins, and everyone was worried when Cody’s parents received a call from the Dean’s office saying Cody was on academic probation. It was only the second half of freshman year. What was going on?

Ben drove up to Cody’s dorm and found Cody in his bed hiding under blankets in the dark. Cody had not been to class in nearly three weeks. He had stopped taking showers, and didn’t even seem to have the energy to change his clothes or go out to buy groceries—from the look of things, he’d been living largely on delivered pizzas. When Ben tried to talk his brother into going outside for a walk, Cody said that he couldn’t. According to him, everyone on campus hated him, and they all—even his teachers—thought he was better off dead.

Cody didn’t know it, but his depression—which had begun to set in shortly after heading off to college—had become complicated by co-occurring anxiety and psychotic features which manifested themselves in the form of paranoid delusions. Ben, frightened for his brother, called his parents, and together they began working toward finding his brother the help he needed.

Watching a brother or sister spiral into severe mental illness, especially as debilitating a condition as co-occurring psychotic depression and anxiety, can be terrifying. But your sibling is not beyond hope—or help. Comprehensive, long-term treatment can make all the difference in their mental health—and your family’s overall wellness.

Depression and anxiety can each be debilitating in their own right; when severe enough, they can inhibit even basic functioning on a daily basis. Add psychotic features to the mix, and the results can be frightening—both for the person suffering from these disorders and for their family members.

Psychosis occurs when a person’s thoughts or feelings become so impaired they lose touch with external reality. It can cause hallucinations (seeing or hearing things that aren’t real) or delusions (having thoughts or beliefs not based on external reality). And for people trying to cope with depression and anxiety, psychosis can be so overwhelming they may need a sibling to help them get into treatment.

Even without psychosis as a factor, major depressive disorder can sap people of their energy, making it difficult to do common tasks. Making a phone call to a health care provider for a psychiatric referral, keeping therapy appointments, or taking daily medicine can be challenging tasks. They may not have the energy to engage in activities they love, and may feel they have no future or that life isn’t worth living.

What of psychotic depression? Referred to as “major depressive disorder with psychotic features,” it’s not uncommon for depressed people to see, hear or believe things that aren’t real. How common is it? According to Healthline, “about 20 percent of people with major depression also have symptoms of psychosis.” Add to this the fact that depression frequently co-occurs with anxiety (a feeling of worry, nervousness, or unease), and it’s easy to see how a path may be paved to developing paranoid delusions.

People with major depression can have two types of psychosis. The first is mood-congruent, meaning hallucinations and delusions have themes commonly associated with depression. Such themes may include feelings of helplessness, guilt, or worthlessness. The second type displays mood-incongruent psychotic features. These hallucinations and delusions have themes that are not usually associated with depression but are common with general psychosis. These may include delusions of persecution or control as well as thought insertion (thoughts put into one’s mind by an external source).

Whether psychotic themes are mood-congruent or incongruent, they are scary experiences that can increase the risk of suicide. Clients may hear voices telling them they are worthless or don’t deserve to live. If your sibling displays signs of psychotic depression, it’s critical that you get them into treatment as quickly as possible.

Anxiety is, in some ways, not unlike psychosis in that it negatively affects your perception of reality. However, while an anxious client may feel they are detached from reality, they are aware of their detachment, while those undergoing psychosis have no such awareness of their disconnect from reality.

For instance, during an acute anxiety attack, the symptoms your sibling may experience include depersonalization and derealization. Depersonalization is a feeling of being out of one’s body or of watching oneself from afar, while derealization describes a disconnect from one’s environment in which even very familiar places, such as one’s own home, may suddenly seem foreign or unreal.

Psychosis may occur during anxiety because the brain is overloaded with stress. The brain does not know how to react and so shuts down some of its functions in an effort to experience less stress. This is why anxiety-based psychosis is fleeting; once the anxiety returns to a lower level, the psychotic symptoms abate. Anxiety can cause thoughts to occur very rapidly in the brain, making it difficult to concentrate or making reality seem overwhelming. Auditory hallucinations are also possible, such as in the case of panic attacks with psychotic features.

How a Residential Treatment Program Can Help

Because of the severity of co-occurring psychotic depression and anxiety, if your sibling suffers from both, they may be at an increased risk for suicide. If you know or suspect your sibling is suffering from psychotic depression and anxiety, it’s best to help them find help as soon as possible. Round-the-clock comprehensive care can offer your sibling their best chance at healing and lasting recovery. Residential treatment programs are an excellent treatment option that can give your sibling 24/7 access to the psychiatric care, medications, and support they need to begin the healing process.

Long-term treatment programs provide high-quality care for clients who cannot fully take care of themselves. In a residential setting, expertly trained medical personnel can ensure clients take the medications they need to treat their symptoms on a regular basis, teach healthy ways to experience emotions, and provide therapy to heal the underlying causes of depression, anxiety, and psychosis. Residential treatment is a safe place for clients to learn new ways to cope with their problems, such as emotional regulation, reality acceptance, and interpersonal skills. This is especially useful in treating clients who have co-occurring conditions.

Plus, residential treatment centers implement long-term treatment plans. They establish outpatient care so clients can continue their therapies after they have left the center. When your sibling is in crisis there’s no better place to get holistic crisis intervention treatment that puts them on the right path to long-term mental health.

Healing from Anxiety and Depression—Together

Eventually, Ben got his brother Cody into a residential treatment center. They worked to show him that not everyone on his school’s campus hated him, and that believing he heard what other people thought was just a delusion. Cody has made a lot of progress on his path to recovery, though he is not done walking it just yet. After taking a semester off to focus on outpatient therapy, Cody plans to return to college for Fall 2018—a decision he can finally feel hopeful about.

Like Cody, there is hope for your sibling, too. With your help, your brother or sister can begin to move forward with their life and step out from under the shadow of psychotic depression and anxiety. By playing an active part in your sibling’s treatment and supporting them throughout their journey, you can heal individually and as a family, and look forward to a brighter future together.

Please note that no matter where you choose to seek treatment for your sibling, you should take immediate action if you think your loved one may hurt themselves or another. If you believe they may be thinking about suicide, call a suicide prevention hotline such as National Suicide Prevention Lifeline at 800-273-8255 right away. In a crisis situation, call 911 and remove any potentially harmful items from the immediate area. Stay with your sibling until help arrives. Remember that help is always available; you are not alone, and neither is your sibling.

BrightQuest is a long-term residential treatment program for people struggling with mental health disorders as well as co-occurring substance use disorders. Contact us to learn more about our renowned program and how we can help you or your loved one begin the journey toward recovery.