Delusions are characteristic of psychotic episodes and mental illness. Because many conditions can cause delusions and paranoia, it is essential to get a differential diagnosis. Understanding the underlying cause aids the planning of treatment. Care in a residential facility helps patients get individualized treatment, therapy, medical care, integrated family support, and the important skills that help them manage symptoms and restore function in their lives.

Paranoid delusions nearly ruined our lives. My brother struggled with paranoia—he thought people were out to get him and to hurt his family—for months before we finally got him the help he needed. In the chaos his mental state caused, we all got a little lost.

But with an evaluation and diagnosis and with treatment in a residential center where he could focus on getting well and letting us help him, my brother was able to heal and we were all able to get through this difficult time even stronger.

The Devastating Spiral of Poor Mental Health and Paranoid Delusions

My family has always been close, and this probably helped us recognize early signs that something was wrong with my brother Jared. In his early 20s, he had been living away from home for a few years, but we still spent a lot of time together, all of us. One of the first things I noticed that didn’t seem right was that he started accusing my boyfriend of mistreating me.

I have never been mistreated by my boyfriend. He is kind and caring and wouldn’t hurt a fly. Jared has known him for years, so to accuse him of treating me badly seemed strange. I let it go, but Jared’s odd behaviors and accusations started to get worse. He came over to our house one night, where I live with our parents, and insisted on closing the curtains and turning off all the lights.

He thought someone was following him, and he even wanted to call the police. We took him seriously, because why wouldn’t we? But it turned out that this was just the beginning of a downward spiral. Jared kept accusing people of being out to get our family, including his boss. He called the police so often to report things that we worried he would actually get arrested.

Meanwhile, I noticed that Jared was drinking and getting high a lot. He always had been a recreational user, but his use of drugs and drinking seemed to be out of control. At one point, he told me he couldn’t relax or feel safe unless he was high or drunk. When he lost his job, my parents and I had a discussion. We knew Jared had some type of mental illness, that he was delusional. We made a move to get him diagnosed at a residential treatment facility, hoping he would then agree to be admitted.

A Differential Diagnosis Made All the Difference

I did my own research into what might cause my brother’s delusions, and it was all so overwhelming. I learned that there are many different mental illnesses that can trigger paranoia and delusional thoughts. I didn’t know if my brother had schizophrenia, if his drug use caused psychosis, or if Jared was having manic episodes of bipolar disorder. There just seemed to be so many possibilities.

When we sought out a diagnosis for him, I learned that there were even more options I hadn’t come across in my research. I also found out that diagnosing Jared accurately would determine the best course of treatment. Thank goodness we took the step to visit the residential facility with specialists in psychosis.

After a complete evaluation that included interviewing me and our parents, one at a time, the doctors at the facility determined that Jared actually has delusional disorder. They also diagnosed a substance use disorder. I knew he had been using marijuana and drinking a lot, but he also admitted to having started using meth. The drug use, they said, could be a contributing factor to his delusions, but definitely wasn’t helping and would need to be addressed in treatment.

With a diagnosis for Jared, we sat in on the planning for his goals. It was important that the treatment center let us do this as a family. We knew we had chosen the right place for his care when they pushed for family to be involved. That was what we wanted and what we knew Jared needed.

The treatment plan included input from a whole team of experts. They really got down to details about my brother, not just his diagnosis and the kind of psychotherapy he would need. Sports and outdoors activities have always been a part of his life, so they included recreation therapy, daily exercise, and even a few adventure outings. We knew Jared would get more excited about treatment and more receptive if he could move every day, so this was a big deal.

Traditional Treatment Gave My Brother Back to us

The extras, the individual attention, and the recreation were all important for helping my brother get better. But what really gave us Jared back was the focus on therapy and medication during his three months in treatment. Initially, we were asked to stay away, to give Jared a chance to focus on himself, but when we saw him after a few weeks of therapy for delusional disorder, the difference was big.

Jared’s therapists used cognitive behavioral therapy to help him manage the symptoms of delusional disorder and his tendency to turn to drugs and alcohol. He learned how to recognize his abnormal thought patterns, to reason through his delusions, and to understand what tended to trigger episodes of paranoid delusions.

He also benefited from medical treatment during his time in therapy. With psychotic symptoms like delusions, therapy isn’t always adequate. His doctors recommended he try an antipsychotic, and since he was in residential care he had time to safely try a couple types. They found one that minimized his symptoms and caused just a few minor side effects.

We Grew as a Family Through Treatment

I will always be grateful that Jared’s treatment experience was so good for him, that it gave us back the person we know and love. He benefitted from the individualized treatment and his time in a residential facility, and we did, too. My parents and I participated in family therapy sessions, first without Jared, where we learned more about his condition and how to support him, but then we participated all together.

Working together, we figured out healthier ways to communicate with each other. We learned that when he was struggling, Jared didn’t feel like he could talk to us. He felt like a burden. Now that we have worked through that with a great therapist, he understands that we’re all in this together.

I will forever be grateful for the experience of getting treatment for my brother. His paranoid delusions created chaos in our lives, and we didn’t know how to help him. Through treatment, he learned to manage his illness, and we all learned how to be a better family and how to support good mental health in all of us. 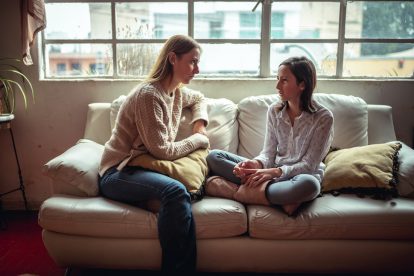 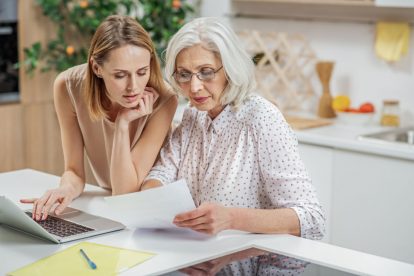 Caring for a Parent with Paranoid Personality Disorder