4 Tips for Co-Parenting Your Adult Child With Schizophrenia: Working Together Through Complex Mental Illness 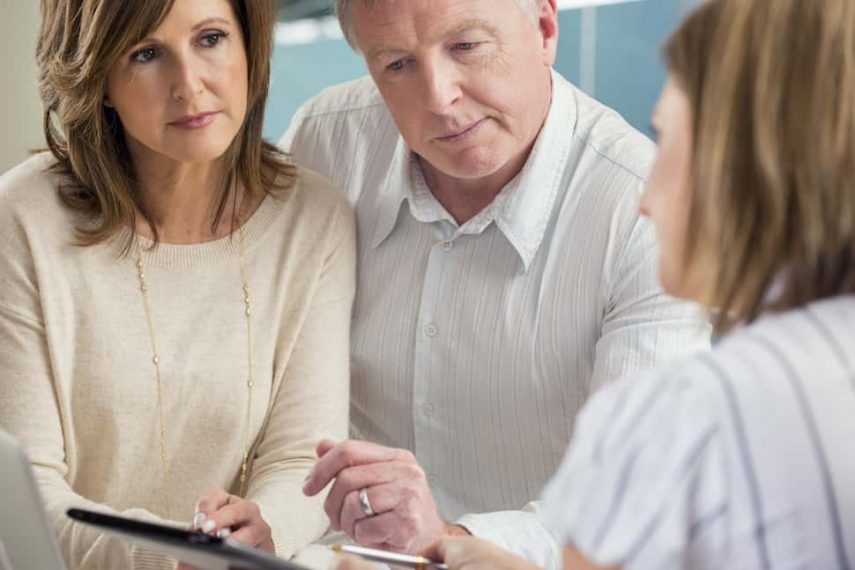 Caring for a loved one with schizophrenia entails a lot of time, effort, and responsibility. Parents of adult children diagnosed with schizophrenia face many challenges. Couples who are no longer together may find coping with these challenges particularly difficult. Providing access to long-term residential treatment is the best first step in helping your adult child learn to live more independently with this chronic mental health disorder. Make sure you and your ex are communicating effectively and finding support for each other—caring for someone with schizophrenia can take its toll on your own health and well-being.

Schizophrenia is a chronic, serious mental illness that causes a disruption in the way a person thinks, feels, and behaves. Those suffering from this mental health disorder have trouble managing their symptoms, causing dysfunction in normal everyday life. Fortunately, it is possible for individuals with schizophrenia to live a normal life. In order for this to happen, the individual will need the best treatment and a strong support system.

Caring for someone with schizophrenia can be time-consuming, emotionally draining, stressful, and, at times, may feel overwhelming. Co-parenting can be very stressful in any situation, but co-parenting when your adult child has schizophrenia can be much more challenging. Making sure you and your ex are on the same page and both committed to care is crucial to help your son or daughter manage their mental health disorder with the goal of living a more fulfilling and independent life.

Schizophrenia is a mental health disorder that is not commonly diagnosed until an individual is in their late teens to mid-thirties. Some signs you might notice in your adult child are hallucinations, delusions, confused speech, unusual behaviors and movements, disorganized thoughts, irritability or aggression, or inappropriate emotional effects. The split between their perceptions and sense of reality can cause extreme confusion for the individual causing a loss of normal functioning. Your son or daughter may not be able to feel or express emotions causing a lack in communication, lose interest in the world around them, and neglect self-care.

I was so confused and unsure of what was going on with my son Joseph. I thought he was a normal fun-loving kid, but after he graduated college things started to change. He seemed uninterested in his life and those in it. Joseph seemed as if he literally could not function normally anymore, and he no longer cared about his personal hygiene. His actions started to become more and more alarming, not just at home but at family functions as well, creating such uncomfortable tension with my extended family—I wasn’t sure of how to defend some of his confusing statements or volcano-like outbursts. One thing I was sure about…something wasn’t right. I talked to my ex-wife Sandy to see if she had noticed any changes in his behavior as well. Sandy not only noticed the behaviors but had already made an appointment with a mental health professional to have Joseph examined. When we received news from the doctors following a variety of assessments that Joseph had been diagnosed with schizophrenia we felt relieved that they had figured it out, but then an overwhelming fear came over us both.

The next few days were filled with arguments. We were both scared and unsure of what was next. We both wanted the best for Joseph but had no idea what that entailed. Understanding that Joseph would require life long treatment was hard for my ex-wife to accept, which frustrated me. Why couldn’t she just accept it and move forward to the next chapter with our son? There were so many other things we found ourselves bickering about as well, such as where Joseph should live and what our role would or should be in his treatment. We couldn’t seem to get on the same page, even though we both knew that was a major roadblock for us helping our son.

How you can help your adult child with schizophrenia

As with any mental health disorder, getting an accurate diagnosis is critical for treatment. Treating schizophrenia early on may help improve the long-term outlook, and help an individual manage their symptoms before serious complications develop. Make sure your adult child has an accurate diagnosis from a mental health professional as soon as you suspect their behavior has changed.

Schizophrenia will not go away without professional treatment. Your son or daughter needs a tailored treatment plan customized to their needs. Helping your adult child receive treatment at a residential facility is a great option. In residential treatment, patients can focus solely on healing in a recovery-focused environment. During their stay, patients will work on finding the best method for a successful treatment through medication and therapies. Professionals will support your loved one and teach them the skills and tools needed to manage this disorder after active treatment has stopped.

Once they have completed residential treatment for schizophrenia, providing a safe environment with your support for them to live in is a great transition for your adult child.

Tips for Co-Parenting your Adult Child with Schizophrenia

Supporting and helping your adult child is hard in itself, but a divorced family dynamic can be a further challenge. To make sure you and your ex are on doing the best you can to help your adult child with schizophrenia, consider these tips.

Separated parents of adult children with schizophrenia can help and support their child by getting an accurate diagnosis, providing access to residential treatment, and educating themselves on their son or daughter’s mental health disorder. Long-term residential care at a facility that focuses on building daily living and relationship/communication skills with the goal of living more independently are ideal for providing your family the tools needed to live a healthier, happier life.