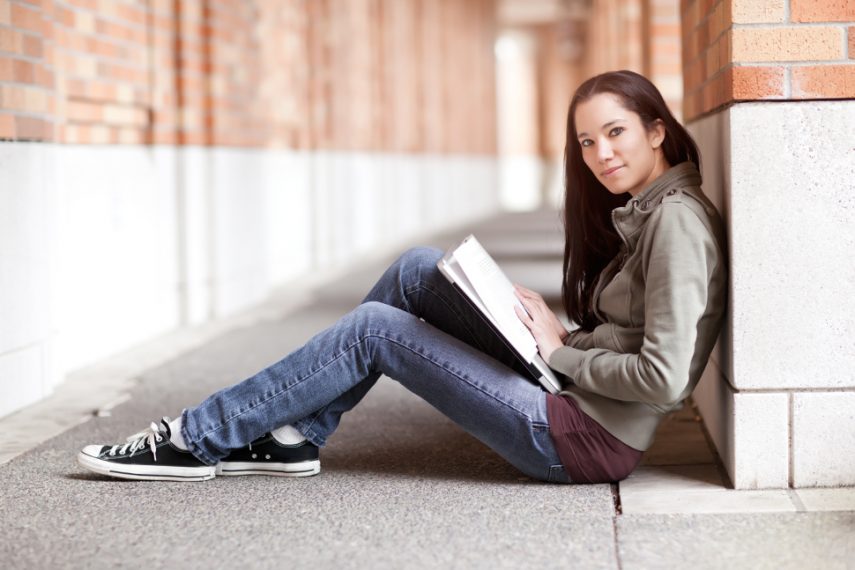 Borderline personality disorder is one of the most stigmatized mental health disorders in existence, manifesting in a range of destructive reactions in both mainstream culture and the medical community. The damaged caused by borderline personality disorder stigma can be devastating, but breaking through prejudices to find healing is essential to regaining stability and creating a more stable, fulfilling future.

Thoughtful discussions about mental illness are not what you typically expect from celebrity Twitter accounts. This past May, however, the discovery that singer Ariana Grande and Saturday Night Live star Pete Davidson sparked widespread conversations about the role of mental illness in relationships. As rumors of Grande and Davidson’s relationship reached the public, some took to Twitter to express their objections to the pairing. These objections did not arise due to concerns regarding incompatibility or a desire for the stars to available for some lucky fan. Rather, they centered around one central theme: Davidson’s borderline personality disorder (BPD). People with borderline personality disorder, critics said, were not suitable for dating.

Davidson, who has been open about both his struggle with borderline personality disorder and his commitment to treatment, was quick to respond:

I’ve been hearing a lot of ‘people with BPD can’t be in relationships’ talk. I just wanna let you know that that’s not true. Just because someone has a mental illness does not mean they can’t be happy and in a relationship. It also doesn’t mean that person makes the relationship toxic. Every body is different and there are a lot of treatments for mental illness and I have done/am doing all of them. And I encourage those who struggle to seek help as well it has changed my life for the better.

The response was soon the talk of both expected celebrity gossip blogs and mainstream publications alike. Not because Grande and Davidson’s budding relationship carries any particular fascination, but because it offers a rare defense of people with one of the most stigmatized mental health disorders in existence.

Unfortunately, the idea that people with borderline personality disorder cannot have healthy relationships is a perspective those struggling with the condition are often all too aware circulates within mainstream culture. This perspective is coupled with a multitude of other damaging myths about what people with BPD are like and what they should and should not do. These myths often coalesce with the treatability of the illness and, in so doing, keep people from disclosing their symptoms and getting the help they need to recover. As Davidson says, we must break through this destructive borderline personality stigma to open up paths to healing and strengthen commitment to treatment.

Borderline Personality Disorder Can Be Difficult

Over the past several decades, we have witnessed tremendous efforts to destigmatize mental illness in the United States. For conditions such as depression, anxiety, bipolar disorder, and PTSD, these efforts have often been highly effective, bringing mental illness out of the shadows and creating an environment in which seeking borderline personality disorder treatment is seen by many as an act of bravery and strength. However, even in this milieu, myths and discriminatory attitudes about people with borderline personality disorder have largely remained firmly intact.

The stigma surrounding borderline personality disorder arises in part from the symptoms of the condition itself. The intense emotional volatility inherent to BPD and its impact on relationships leaves in its wake a long trail of people who have witnessed and felt victimized by the disorder. Unlike conditions such as depression, which are largely understood to be painful internal processes, borderline personality disorder appears to radiate outward, causing profound social damage that can overshadow and obscure the deep pain from which it emerges. In fact, narratives regarding BPD often center specifically around the “toxic” nature of the illness and its effects on bystanders rather than its effects on those struggling with it. As a result, the presence of borderline personality is often seen not as an overwhelmingly distressing condition for the diagnosed person, but as a warning sign to others: do not try to have a relationship with such a person, as it will only result in pain.

At the same time, borderline personality disorder has historically been regarded as immutable and untreatable part of the self, perpetuating stigma both within mainstream culture and the medical community itself; studies have shown that mental health professionals “are more judgmental and prejudicial toward patients with borderline personality disorder [than] to other types of mental health patients.” Indeed, people with BPD are often assumed to be treatment non-compliant, antagonistic, attention-seeking, manipulative, demanding, and, ultimately, treatment resistant. Indeed, some mental health professionals opt out of treating people with BPD altogether. As Cameron Hancock of the National Alliance on Mental Illness points out, “For those mental health professionals who do treat BPD, they often do so without the proper training, making sessions frustrating and uncomfortable for everyone. Patients may leave feeling misunderstood and judged, while providers may feel ineffective and inadequate.”

The Damage of Stigma

The stigma surrounding borderline personality disorder has serious and painful consequences for those who struggle with the condition. Rejection, demonization, and pathologization can unite with BPD symptoms to exacerbate relationships instability and social isolation. At the same time, social stigma can translate into self-stigma as prejudicial views are internalized, woven into how people with BPD understand themselves and their place in the world. As one research group says, “Self-stigma is associated with the lower quality of life, levels of hope, self-efficacy, empowerment, social support, and higher severity of psychiatric symptomatology [as well as] lower functioning in social and work situations.” Additionally, self-stigma is associated with higher rates of depression, suicidality, and suicide attempts—a particular concern for people with BPD, whose symptomatology often includes suicidal ideation. Significantly, the researchers point out, “patients with higher levels of self-stigma typically lose their former self-concept,” further disrupting an already tenuous sense of identity. In other words, stigma can make BPD symptoms worse.

Stigma within the mental health community also has disturbing and destructive effects. Not only does prejudice against patients with BPD limit the availability of treatment, it may also lead to therapeutic nihilism amongst providers who take on BPD patients, preventing providers from seriously working toward resolution of symptoms. Additionally, negative views of people with BPD can re-enforce self-stigma, prevent the formation of healthy therapeutic alliances, increase antagonistic therapeutic relationships, and cause patients to withdraw from treatment. BPD symptoms come to obscure patients’ humanity, defining you and acting as the boundaries of your self. With such experiences, it is little wonder that people with BPD may hold a negative view of treatment and leave treatment altogether.

Breaking Through Prejudice to Find Healing

One of the most important things to understand about borderline personality disorder is that it arises not from malice, but from deep turmoil often brought on by histories of trauma. Amongst experts in BPD, it is now commonly understood that its symptoms emerge as a maladaptive response to overwhelming emotions. There is logic behind the thoughts, feelings, and behaviors that define BPD, however irrational they may appear. While symptoms may largely manifest in social relationships, borderline personality disorder is fundamentally about inner distress that causes unbearable pain and disordered responses to that pain. As difficult as symptoms may be for friends, family, and partners of BPD sufferers, they are most strongly felt by those who sufferers themselves.

It is also critical to recognize that BPD is not a static condition. Indeed, research shows that for most, symptoms decrease in severity over time. According to one study, for example, 90% of patients with BPD achieved reported remission two years after treatment and remission was retained by 86% of patients for over four years. Overall, 85% of patients remitted at the 10-year point. These figures paint a remarkably different picture of treatability than that which has traditionally circulated both within the medical community and mainstream culture; rather than being untreatable, people with borderline personality disorder appear to be highly responsive to treatment and achieve significant, durable symptom relief.

Part of the reason for this treatment success can be explained by the increasing availability of high-quality, effective care targeted toward the specific needs of people with BPD. Most significantly, dialectical behavior therapy (DBT)—developed in the 1980s—has established itself as the cornerstone of BPD treatment. This psychotherapeutic approach is designed to help patients create meaningful strategies for positive change while developing and receiving acceptance of themselves within the context of a healthy, compassionate therapeutic relationship. In doing so, people with BPD are able to gain greater emotional regulation, a more cohesive sense of self, and better social skills without experiencing treatment itself as criticism and rejection. Connecting to such treatment can truly be life-changing for people with BPD, allowing them to find relief from the pain of their disorder and establish a new, healthier, and more stable life.

People with borderline personality disorder are human and have great value. Your illness does not define you and you do not have to live within the confines of your symptoms. While stigma can create internal and external barriers to healing, pushing through the stigma to find meaningful borderline personality disorder treatment can be truly transformative and open up the door to profound healing that will ultimately nourish and empower you. As Davison says, “For all those struggling I want you to know that I love you and I understand you and it is going to be okay.”

BrightQuest is a long-term residential treatment center for people struggling with mental health disorders as well as co-occurring substance use disorders. Contact us to learn more about our renowned program and how we can help you or your loved one begin the journey toward recovery.