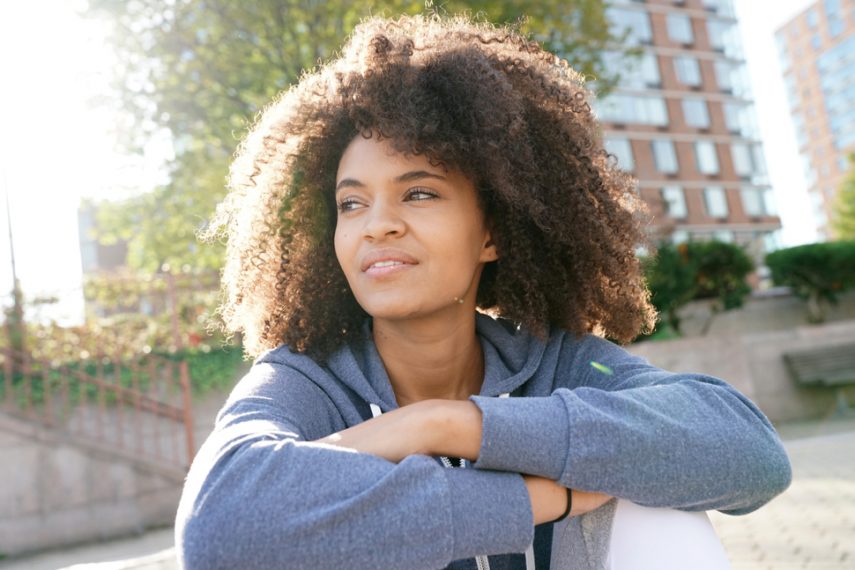 Seeing your adult child struggling with a mental health disorder is a devastating experience for any parent. While watching them endure any kind of distressing symptoms can be painful, psychotic symptoms or distorted thinking may be particularly frightening, as they often point to a disorder that is enduring in nature and requires ongoing medical intervention.

However, contrary to what many assume, psychosis and distorted thinking do not necessarily indicate schizophrenia. They can be brought on by a range of mental health disorders, from depression to schizoaffective disorder to bipolar disorder, and these different forms of psychosis have different implications for both immediate treatment and long-term outcomes. As such, receiving an accurate diagnosis is critical to understanding the nature of your adult child’s condition and initiating the healing process.

But while many conditions that involve psychosis or distorted thinking are different than schizophrenia in overt ways, there is one condition that may so closely overlap with schizophrenia that diagnosis can become a more complex process. These overlaps can also make it difficult for families to understand what distinguishes the disorder from the much more well-known schizophrenia. This condition is schizotypal personality disorder.

Looking at the diagnostic criteria and traits of schizotypal personality disorder vs. schizophrenia can help you gain insight into what your child is experiencing and help ensure that they receive appropriate treatment. This is critical because your understanding and involvement will likely play an important role in getting your adult child the help they need and nurturing them through recovery. With a clear vision of your child’s diagnosis, you can move forward together to cope with the challenges ahead.

At their core, both schizotypal personality disorder and schizophrenia involve distorted thinking that is at odds with reality. This trait, along with their very names, make it hard for many to fully grasp the differences between these disorders without a deeper look at how each presents:

Psychotic symptoms are the mainstays of schizophrenia and must be present for at least one month in order for a diagnosis to be made. These are defined as:

In addition, to these symptoms, schizophrenia may include:

Social or occupational dysfunction is also required for diagnosis. This dysfunction may include an inability to have healthy interpersonal relationships, poor self-care, and disruption of academic or professional activities. Additionally, while mood symptoms such as depression may occur, they can only be present for a relatively brief period during the active phase of the disorder and may be in response to lived experiences, as realizing the impact of schizophrenia on one’s life, rather than arising directly from the disorder itself. Overall, psychiatric disturbances must be present for at least 6 months in order for a diagnosis of schizophrenia to be made.

Schizotypal personality disorder is defined in part by distorted thinking—in fact, it is a central component of the disorder. However, distorted thinking alone is not sufficient for a diagnosis of schizotypal personality disorder. Rather, the condition is primarily characterized by social deficits along with a variety of other symptoms involving thoughts, emotions, and behaviors. These include:

In addition to these symptoms, people with schizotypal personal disorder often struggle with learning, memory, and attention and many experience depression; an estimated 50% will have at least one major depressive episode in their lifetime, which may occur at any point and for any duration. Additionally, anxiety may extend beyond the social, as many come to develop other forms of anxiety. Symptoms of schizotypal personality disorder are pervasive and while they may fluctuate in severity, they do not go through extended periods of absence.

Along with the specifics of schizotypal personality disorder and schizoaffective disorder diagnosis, it can be helpful to understand these conditions within their conceptual categories in order to gain insight into your loved one’s condition. Historically, personality disorders such as schizotypal personality disorder have been classified as Axis II disorders in the Diagnostic and Statistical Manual of Mental Health Disorders (DSM), while psychotic disorders such as schizophrenia have been classified as Axis I. Axis II disorders were considered to be pervasive, stable, and involved thinking patterns and behaviors that differed drastically from the cultural norms of the person in question. These qualities, unlike schizophrenia, were seen to derive from inherent aspects of someone’s personality rather than a disorder mapped onto an otherwise “normal” personality (as with Axis I disorders) and were considered to be extraordinarily difficult if not impossible to treat.

With the arrival of the DSM-5 in 2013, however the axial system was abolished due to lack of evidence supporting categorical differentiation of Axis I and Axis II disorders. Additionally, personality disorders have been redefined with a focus on “adaptive failure”, an “impaired sense of identity”, or “failure to develop effective interpersonal functioning.” What this means in part is that Axis I and Axis II disorders are not imagined to be fundamentally different pathological realms, but may exist on a continuum. This is particularly true and relevant for schizotypal personality disorder and schizophrenia; as noted by Harvard Health Publishing:

Schizotypal personality disorder is in the middle of the spectrum of related disorders, with schizoid personality disorder on the milder end and schizophrenia on the more severe end. These disorders are probably biologically related. Many experts believe that people with these disorders have similar genetic vulnerabilities, but it is not clear why a person would develop a more or less severe form of the illness.

This continuum of disorders helps to explain why people with schizotypal personality disorder sometimes develop schizophrenia. While the cause of this evolution toward schizophrenia remains unknown, the collapse of the axis system and acknowledgment of potentially shared etiology is useful in helping us understand that the disorders can interrelate despite the fact that they remain discrete diagnoses with unique diagnostic criteria. It is also essential to recognize that both disorders can vary significantly in severity and the treatment needs and prognosis of each individual must be evaluated on the basis of their unique presentation.

How Schizotypal Personality Disorder and Schizophrenia Are Treated

Just as there are significant overlaps in symptomatology between schizotypal personality disorder vs. schizophrenia, there are also significant overlaps in treatment. However, treatment is not identical, which is in part why an accurate diagnosis is of utmost importance; seeking the care of clinicians who have the expertise and experience to provide diagnostic clarity is essential if your adult child is struggling with symptoms of these disorders.

Due to the nature of both illnesses, it is likely that you will play a significant role in both getting your child into treatment and providing critical information during the diagnostic process. This is because social deficits, anxiety, lack of insight, disorganized speech, disordered thinking, and psychosis may all interfere with your child’s ability to identify the need for treatment, their willingness to seek treatment, their ability to identify their symptoms, and their ability articulate their symptomatology. As such, your observations and clarification will be invaluable in order to elucidate what they are experiencing.

Once a diagnosis is made, a personalized treatment plan tailored to your adult child’s needs must be created. What this treatment plan looks like will typically differ based on diagnosis in the following ways:

In addition to overarching diagnosis-based differences in treatment, your child’s treatment plan should take into account their individual challenges and strengths in order to provide meaningful and relevant treatment experiences. Additionally, many people struggling with these disorders will require more extensive care than an outpatient or even a 30-day residential setting can provide; depending on the severity of symptoms and level of functionality, a long-term residential setting may be best.

The Importance of Relationships in Treatment

A trusting therapeutic alliance is important in any therapeutic relationship, including those involving people with schizophrenia. However, people with schizotypal personality disorder may face particular challenges to engaging in the treatment process due to their discomfort in social situations. It is, therefore, essential that your child seeks treatment with clinicians who understand these challenges and modulate their therapeutic approach to encourage a positive therapeutic dynamic. This may include accepting your child’s need for distance at the beginning of treatment and slowly working toward a closer and more collaborative relationship as time goes on.

Your own relationship with your adult child is also important to consider in the context of treatment. Regardless of whether they are struggling with schizophrenia or schizotypal personality disorder, your involvement and support will likely be pivotal in the healing process and this may be particularly true if you have taken on a caretaking role in the past. By participating in dedicated family therapy, family support groups, and educational activities, you can come to develop a greater understanding of your adult child’s illness as well as your role in their healing process. With the guidance of experienced professionals and peers who understand what you are going through, you will be able to forge stronger bonds with your child, develop the coping skills you need as they progress through the treatment process, and ensure you maintain a strong and healthy relationship.

Both schizotypal personality disorder and schizophrenia may be intimidating diagnoses, but with the right care, your child can make strides toward regained psychiatric health and a better quality of life. While these disorders have historically been considered extraordinarily difficult to treat, particularly in the case of schizotypal personality disorder, we now have a better understanding of the possibilities of treatment and better resources to create healing experiences. By connecting with high-quality care, you can help your child and your family start on the journey toward recovery.

BrightQuest Treatment Centers provide world-class residential treatment for schizotypal personality disorder and schizophrenia. We know that choosing the right treatment option for yourself or a loved one is difficult. We believe our unique model of care gives our clients the best chance at success.