Schizophrenia and Substance Use Disorders: The Value of Dual Diagnosis Treatment 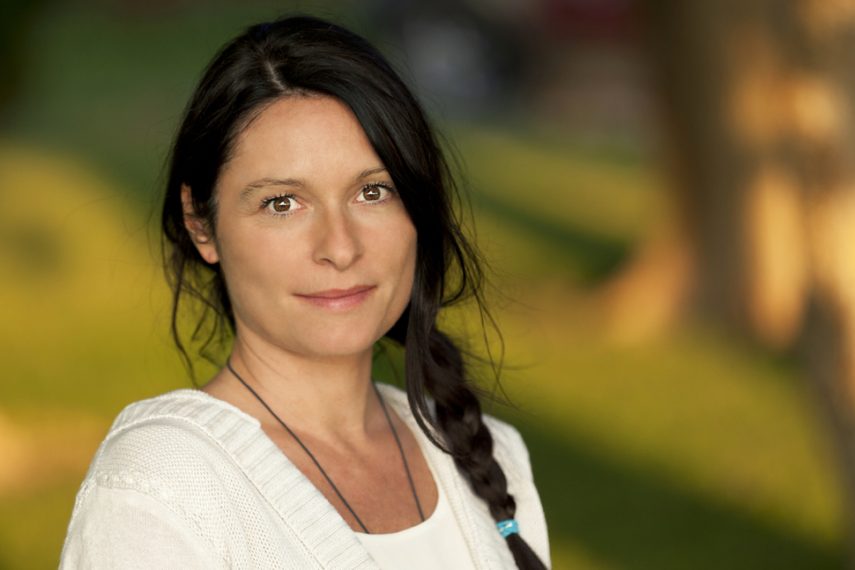 Watching your loved one is struggling with schizophrenia and co-occurring addiction is heartbreaking and many families find it difficult to understand why someone who is already psychologically vulnerable would engage in harmful substance use. By better understanding the relationship between schizophrenia and substance use disorders, you can gain greater insight into what your loved one is experiencing. With this clarity, you can help your loved one seek dual diagnosis treatment to address the full scope of their needs. Throughout the healing process, family support will be invaluable.

Schizophrenia can be a profoundly disorienting and painful illness for both the person living with the condition and for their families. Fortunately, modern treatment options offer new possibilities for healing and with the right interventions and supports, your loved one can enjoy enhanced stability and quality of life. However, if schizophrenia is accompanied by a substance use disorder, your loved one’s symptoms, the diagnostic process, and treatment can become more complicated.

For those living with schizophrenia, substance abuse is not simply a condition that exists alongside their primary mental health disorder. Rather, it is typically deeply intertwined with their symptomatology. As researchers point out in The American Journal of Psychiatry, drug use is—particularly cannabis use—is associated “earlier age of onset of schizophrenia, an elevated risk of developing psychosis, and a higher relapse rate after remission of acute psychotic symptoms in the first episode.” As a result of these complex interactions, dual diagnosis patients are more likely to experience a range of “adverse outcomes,” including more severe symptoms, more hospitalizations, increased risk of victimization and injury, compromised treatment adherence, and poor response to medication. Specialized dual diagnosis treatment is therefore essential to address your loved one’s schizophrenia, substance use disorder, and the interactions between them and ensure that the full scope of their needs is met. In order to support your loved one’s recovery, it can also be valuable to understand the relationship between schizophrenia and substance use disorder and gain deeper insight into your loved one’s experience.

The Relationship Between Schizophrenia and Substance Use Disorders

While there is no doubt that schizophrenia and substance use disorders are closely linked, the exact nature of this link is not yet fully understood. However, there are a number of commonly accepted theories about why these conditions so often co-occur, including:

Biological phenomena have been identified as potentially significant contributors to the high rate of co-occurrence between schizophrenia and substance use disorders. More specifically, researchers believe that a number of shared genetic variants may increase vulnerability to both conditions. In addition to these possible genetic links, “common neurobiological pathways and abnormalities” appear to be involved in the development of both schizophrenia and substance use disorders. Of particular interest in the research community has been dopaminergic systems.

According to a 2012 study funded by the National Institute on Drug Abuse (NIDA), schizophrenia is associated with “increased dopamine sensitivity in the part of the [brain] responsible for psychotic symptoms [and] reduced sensitivity to dopamine in the area of the [brain] associated with reward.” As a result, NIDA explains, patients with schizophrenia could be set up for “a vicious cycle of using drugs to self-medicate, which in turn may cause or worsen psychosis.” Additionally, loss of grey matter volume has been observed in people with schizophrenia and addiction. This volume loss may compromise cognitive function, particularly executive function, increased impulsivity, and risk-taking. Thus, people with schizophrenia may be both more likely to initiate drug and alcohol use and less likely to use in moderation due to a lack of appreciation for risk and decreased impulse control.

As NIDA points out, people with schizophrenia may use drugs and alcohol to self-medicate. This includes attempting to alleviate both positive and negative symptoms of schizophrenia itself as well as the emotional repercussions of these symptoms. Indeed, the widespread attraction to self-medication with certain types of drugs may speak to potential therapeutic benefits of these substances. While researchers have linked cannabinoids to exacerbation of positive symptoms and even onset of schizophrenia (although no definitive causative relationship has been established), there is now a growing body of evidence suggesting that “cannabis use is associated with a reduction of negative symptoms [and that] cannabinoids possess antipsychotic properties” in a subgroup of people with schizophrenia. This may be due to the potential “restorative effect [cannabinoids appear to have] on neurotransmitter dysfunctions.” These findings provide some clarification regarding the extraordinarily high rate of cannabis use amongst people with schizophrenia and may help the families of people with schizophrenia better understand the roots of their addiction. However, while such data may have implications for the development of future therapies, unmonitored personal use of cannabis remains of significant concern.

The majority of substances, however, are not believed to confer even hypothetical therapeutic benefits. Instead, most drugs of abuse, including alcohol, are known to increase symptom severity, lead to poorer treatment outcomes, and compromise overall wellbeing. However, they remain appealing to many people with schizophrenia due to their ability to provide temporary shelter from distress, including feelings of depression, even if that temporary relief is ultimately psychologically and/or physically harmful.

In addition to biological phenomena and the propensity for self-medication, substance user disorders may develop due to the presence of a number of other risk factors:

Living With Schizophrenia Can Be Hard

Treatment Doesn't Have to Be

The Need for Dual Diagnosis Treatment

While mental illness and substance use disorders used to be treated as separate conditions, we now understand that they are intimately interrelated and that healing requires addressing both at once. This is perhaps particularly true for people with schizophrenia, as the disorder itself is so closely linked to both the development and perpetuation of substance use disorders. As explained in The American Journal of Psychiatry:

Programs that coordinate pharmacotherapy, psychosocial treatments, and substance abuse counseling into a single comprehensive package are more most likely to have good treatment outcomes. Integrated treatment programs should include staged interventions tailored to the patient’s motivation for change (e.g., motivational interview techniques to develop motivation to address substance use); comprehensive services (e.g., medication management, rehabilitation, and social support interventions); and a long-term perspective, since relapse is a common occurrence.

In a dual diagnosis treatment program, expert psychiatrists who specialized in treating people with co-occurring disorders can help ensure that your loved one is accurately diagnosed. This is essential, as symptoms of schizophrenia and the effects of substance abuse may mimic each other, increasing the risk of misdiagnosis if clinicians do not have training and experience in dual diagnosis care. A personalized treatment plan will then be created for your loved one and delivered by a multidisciplinary care team. This treatment plan will ideally include a range of individual and group therapies as well as peer-based recovery supports.

While relatively short-term (90-day) dual diagnosis treatment programs may be appropriate for some, addressing the needs of people with schizophrenia and co-occurring substance abuse disorders often requires a significantly longer duration of care. This not only allows clinicians to establish and carefully monitor medication protocols over time, it also gives your loved one the opportunity to participate in a broad spectrum of therapies appropriate for each stage of recovery. In doing so, they will not only gain essential insight, skills, and strategies to manage their schizophrenia and substance use disorder, but also have the opportunity to practice them in an immersive, supportive environment to ensure integration. As your loved one moves from acute distress toward increasing stability, they can shift their focus from addressing only immediate symptomatology to learning how to improve everyday functionality and independence.

The Value of Family Support

Research demonstrates again and again that healthy family involvement helps improve treatment outcomes for both schizophrenia and substance use disorders. As such, your participation in the treatment process can be a critical ingredient of your loved one’s healing process. At the same time, chances are that you need your own support to learn how to cope with your loved one’s illness and their recovery in positive ways. By connecting with a dual diagnosis treatment program that recognizes the value of your participation and provides specialized services to facilitate that participation, you can help ensure that each member of your family has the support they need to heal both individually and collectively. Together, you can forge a new path toward a richer and more fulfilling future.

BrightQuest offers comprehensive long-term treatment for people struggling with mental health disorders and co-occurring substance use disorders. Contact us to learn more about our renowned program and how we can help you or your loved one start the journey toward recovery.