When your adult child struggles with major depression and Internet addiction or video game addiction, you may feel lost and confused both about their experiences and how to move forward. By understanding the relationships between major depression and video game addiction and Internet addiction, you can gain deeper insight into what underlies your loved one’s co-occurring conditions. You can also develop a greater appreciation for the value of dual diagnosis treatment, the gold standard in healing from co-occurring disorders.

When the first video game was created in 1958, few could have imagined that gaming would one day become. In the past 60 years, however, video games have transformed from what was once an obscure and simple pastime to one of the most popular recreational activities in the United States, with an estimated 97% of American teenagers playing overall and over 11% of the general population playing daily.

Part of this astronomical rise in popularity is due to technological advances and increases in access. Virtually anyone can now play a seemingly endless variety of increasingly sophisticated games on a broad range of devices, including portable devices that allow for instant access anywhere. Another part of it is due to the nature of the games themselves, which have become increasingly complex, immersive, and expansive, inviting frequent and prolonged participation. However, is also another, more troubling catalyst that spurs some players to spend inordinate amounts of time in the world of gaming: Internet and gaming addiction.

Internet and video game addiction can be controversial subjects. However, if your adult child struggles with either or both conditions, you know that they are all too real; as you watch your loved one spend endless hours online or immersed in their games, letting the rest of their lives fall by the wayside, the existence of such conditions become undeniable. But while these forms of addiction can be devastating in and of themselves, they are often particularly so when accompanied by major depression. In order to help your child heal, it is therefore critical to understand the complex relationship between major depression, Internet addiction, and video game addiction and connect with a dual diagnosis treatment program that can address the full scope of your loved one’s needs.

As with most process addictions, the concept of video game addiction is often misunderstood, minimized, or rejected altogether. After all, video games ostensibly don’t involve a drug as we typically understand it. However, video games are increasingly recognized for their potential to act like a drug due to their neurological impact. “Video game play, a completely unnatural behavior divorced from intrinsic reward, activate[s] the pleasure circuit,” explains Dr. David J Linden, professor of neuroscience at Johns Hopkins University School of Medicine. This pleasure circuit is also the site of impact of recreational drugs and repeatedly activation of the circuit by any means is known to produce cravings, anticipation of reward, tolerance, and withdrawal due to changes in dopamine receptors and neural pathways. Indeed, in 1998 video games were shown to increase dopamine levels by 100% (an effect many believe has become even more pronounced as games have evolved), which can have long-term implications for dopamine receptor sites.

At the same time, research reveals that video games can induce “measurable changes in the parts of the brain linked to cognitive function and emotional control,” potentially diminishing the player’s ability to comprehend and regulate their thoughts, feelings, and behavior. As our knowledge of these phenomena continues to grow, the medical community is increasingly recognizing video game addiction as a legitimate condition. In 2017, for example, the World Health Organization (WHO) officially recognized “gaming disorder” in its 2018 International Classification of Diseases.

Video game designers employ psychological consultants specifically to create games that will encourage prolonged and repeated play; compulsive playing is perpetuated by the games themselves. As such, video game addiction can develop in people without pre-existing mental health disorders. However, people struggling with mental illness like major depression are particularly vulnerable to such addiction. “Excessively engaging in gaming may function as an escape mechanism for, or coping with, underlying psychiatric disorders in an attempt to alleviate unpleasant feelings,” says Dr. Cecilie Shou Andreassen, a clinical psychologist at the University of Bergen whose research has revealed strong connections between depression and video game addiction.

While escapism and distraction may be part of what allows gaming to be used as a coping mechanism, the pleasure circuit itself is believed to play a significant role. When people are depressed, they typically struggle to experience pleasure through ordinary means. As a result, they may both crave dopamine-induced pleasure more than non-depressed people and require higher levels of dopamine to experience pleasure; in other words, video games may be one of the few accessible things that create neurological rewards and as tolerance builds, your adult child may need larger “doses” of gaming in order to achieve their desired effect. However, the relationship between depression and video game addiction is not a one-way street. Rather, the two can work together to create a cycle of use and suffering much like that experienced by substance users. This may, in part, be driven by the neurological highs and crashes of the gaming experience.

Another factor may be the way video game addiction removes your loved one from healthy situations and behaviors that support mental wellness; as gaming comes to take on an ever-increasing role in their life, other vital pieces may fall away, including in-person social relationships, educational or professional pursuits, healthy sleep and dietary habits, and physical activity. As a result, their mental health is further compromised and depression deepens, potentially strengthening the impetus to find relief in gaming.

Internet use can act on the brain in the same way video games do, activating the reward circuit and altering neural pathways over time, resulting in addiction. As Internet use has become increasingly prevalent and spurred a growing number of people toward addiction, researchers have come to acknowledge not only the existence of the condition, but regard Internet use as a public health issue due to its addictive potential. According to a 2014 report from the WHO, Internet addiction poses significant risks to both physical and psychosocial health, with social development, sleep deprivation, aggressive behaviors, and exposure to cyber-bullying being of particular concern. Excessive Internet use can also “be associated with a range of social and psychological problems such as poor psychological well-being, poor self-confidence, family problems, marital breakdown, [and] reduced work and academic performance.” The causes of many of these issues may lie in the fact that although Internet use may seem—and, at times, be—a positive social experience, it does not offer the same positive psychological effects as in-person contact. As such, replacing “real life” social interactions with Internet-based socialization can be deeply damaging and, despite your child’s perception, increase isolation. The report also identifies depression as both a known risk factor for and a risk of Internet addiction.

When a person has a mental health disorder and co-occurring addiction, dual diagnosis treatment is considered the best option for recovery, as leaving one part of the equation unaddressed means continued suffering and heightened risk of relapse. This includes cases where the co-occurring addiction is a process addiction rather than a substance use disorder. In a dual diagnosis treatment program, your adult child will have the opportunity to explore both of their conditions simultaneously as well as the connections between them in order to create durable healing.

Unfortunately, when your child is struggling with major depression and Internet or video game addiction, finding help can be a struggle. Due to the relatively recent recognition of these process disorders, many clinicians are not well equipped to deliver the kind and quality of care necessary for recovery. However, there are a growing number of mental health professionals with the experience and training necessary to correctly diagnose and treat these complex conditions and guiding your loved one toward their care can lead to true transformation. If your adult child’s condition is severe or if they have serious functional struggles, seeking the help of a long-term dual diagnosis treatment program may be the best option. While long-term treatment has long been known to improve outcomes for severe depression as well as co-occurring substance use disorders, it is now becoming clear that it also provides significant opportunities for people struggling with process addictions as well.

Within a structured residential environment, your loved one will be able to deeply investigate their conditions while getting the support they need at each stage of recovery. Removed from the stressors of everyday life, they can break free from their addictive behaviors and develop the insight and skills necessary to cope with triggers, withdrawal, and cravings in a safe, monitored environment. At the same time, they can find healthy strategies to cope with symptoms of depression and learn to re-connect with the world around them—and to themselves. As they go through the recovery process, they will gradually shift their focus on long-term functionality and self-care. In doing so, they can gain a newfound sense of confidence, self-esteem, and purpose and experience profound empowerment that will propel their healing and create a strong foundation for ongoing growth.

BrightQuest Treatment Centers provide world-class residential treatment for major depression, gaming addiction, and other complex mental illnesses. We know that choosing the right treatment option for yourself or a loved one is difficult. We believe our unique model of care gives our clients the best chance at success.

Is Gaming Disorder Affecting Your Family? 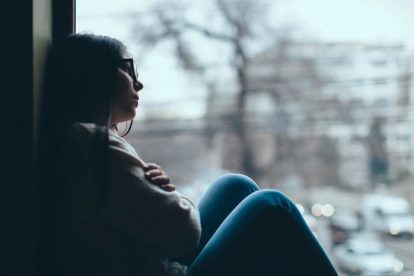 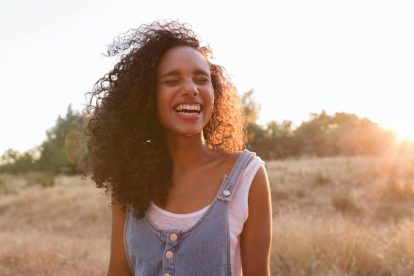