Living with a Schizophrenic Spouse: When and Where to Seek Long-Term Mental Health Treatment 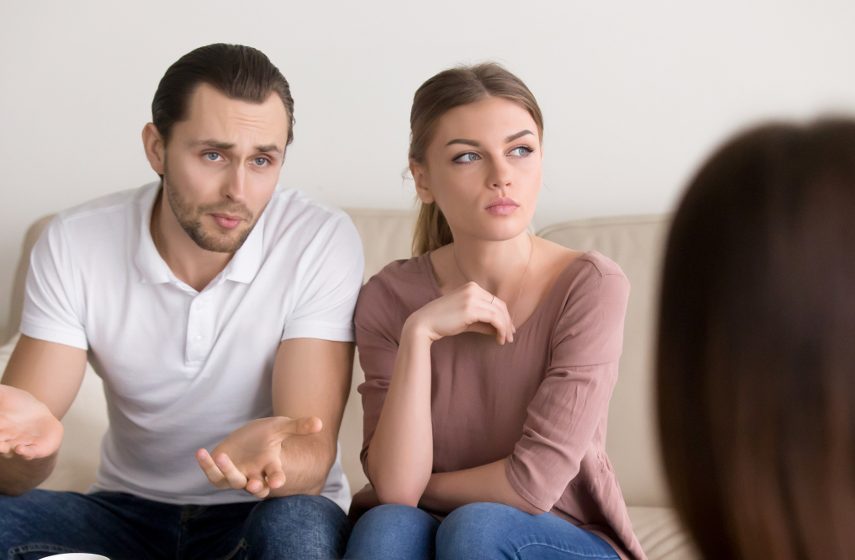 No matter how much you love your partner (or vice-versa), schizophrenia can strain even the strongest bonds and closest relationships. It is a serious condition, and your partner may need your support in getting the right help. Learn how seeking long-term treatment at a residential facility can help you both. It offers a powerful combination of medication, psychiatric therapies, and 24-hour care that work in tandem to address the roots of your partner’s diagnosis and get their symptoms under control. Get help today to begin taking your first steps toward a better tomorrow—together.

Chris and Bridget were a perfect match. He was a 3D modeler for video games and she was a digital music composer. He’d been diagnosed with schizophrenia as a teen, but when the two first met his condition had been well-controlled with medication. Bridget fell deeply in love with Chris, who was creative, spiritual and intense. Six months later, the two were married.

Chris was doing so well in life that he began to think his schizophrenia had gone away; perhaps love had cured him. Eventually, he stopped taking his medications. His personality and behavior started to change.

He’d always been fascinated with psychics, mediums, and fortune telling. But now he began telling Bridget that he’d seen an evil spirit following her and had even heard it growling and whispering threats only he could hear. He acted strangely at work, telling coworkers he could see their futures and that they were all going to die. Frightened by his bizarre behavior, Bridget convinced Chris to get in the car and she drove him to a residential treatment facility.

Shakespeare wrote, “the course of true love never did run smooth.” This is twice as true if your spouse is schizophrenic. But their diagnosis does not have to spell the end of your relationship. There is hope, and help, available to you and your significant other if you know when, and where, to look.

Schizophrenia Can Strain Any Relationship

Schizophrenia and love are not necessarily mutually exclusive. But left untreated, it can wreak havoc on both your lives and your relationship. Because of their condition, your spouse may:

Any one of these things can put a strain on your relationship. Without treatment, multiple symptoms will likely be present, causing even greater strain.

The situation can become more complicated yet when a co-occurring disorder is present. According to a report on NCBI, for example, around 25% of schizophrenics meet the criteria for depression. When multiple disorders occur simultaneously, it can make it challenging to interact with your partner or get them to seek help.

Schizophrenia is a condition which, for most people, will be present to at least some degree for the rest of their lives. However, it does not have to become an obstacle which will keep them from living a full life or maintaining a loving relationship. Calmly explain to your spouse how seeking treatment can benefit you both—and your marriage—and reassure them that you will be by their side every step of the way. Ongoing treatment with antipsychotic or antidepressant drugs and regular psychotherapy can help get your loved one’s symptoms under control and help both you and your partner begin building healthier coping mechanisms and learn to live with schizophrenia in a more positive way.

Watching your partner struggle with schizophrenia can feel painful and alienating. But neither of you have to suffer alone. Your best option for finding the support and care they need is inpatient treatment at a residential facility. You can call your health care provider to see if they recommend a facility, look online, or ask around your community. Once you find an appropriate facility, their treatment will begin with a full evaluation and accurate diagnosis. A treatment plan will then be outlined for them, for the duration of their stay and for when they return home. They may be prescribed medications such as antipsychotic or antidepressant drugs—medications which can be carefully monitored and adjusted as needed thanks to the expert medical care they’ll have access to 24 hours a day, 7 days a week.

In residential treatment, there’s a sense of fellowship, where people facing mental illness can make friends with others who face similar struggles. Sometimes people just want to know they aren’t the only ones feeling the things they feel. These facilities provide a variety of therapies your spouse can participate in; from group and individual therapy, to creative therapies that involve self-expression through activities like art or yoga. Every week, your partner will check in with a psychiatrist overseeing their case to discuss goals, challenges, and progress.

A residential treatment facility can also offer the support you need to cope with your spouse’s illness and live your own life to the fullest while supporting your partner. Family therapy, in particular, can help you and your partner work together to address the impact their illness may have had on your relationship and build a stronger foundation for tomorrow.

Get Help for You and Your Spouse Today

These days Chris and Bridget are doing a lot better. His medication has been adjusted and he’s attending weekly outpatient therapy. His symptoms have improved a great deal, and while it’s not always easy, he and Bridget have learned how to cope without letting his illness completely take over their life together.

Every day with the one you love is precious. Make the most of your time together by getting the help you both need when you need it. Contact a residential treatment facility today and get your spouse the comprehensive psychiatric care your spouse needs to begin healing—and find the support you and your partner need in order to take the best care possible of both your marriage and yourselves.