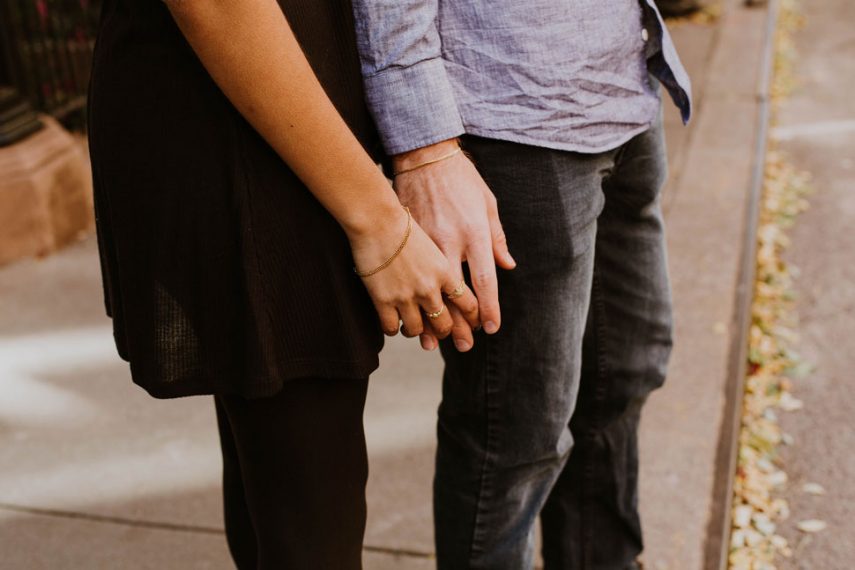 The impact of borderline personality disorder on relationships and the emotional battleground created by the illness can make it difficult, at times, to be involved with someone with BPD. But, with time, patience, and an open mind, you can come to understand why love alone is not enough to fully resolve the symptoms of BPD and why long-term residential treatment may be the best option for recovery for you both.

Mental illnesses manifest in myriad ways, differing from person to person and diagnosis to diagnosis. Borderline personality disorder (BPD), for instance, overwhelmingly becomes a wedge between people, unlike the more internal, individual experiences commonly associated with many other mental health disorders. Relationships become the main point of impact, the nexus of instability.

If you love someone with BPD, it can be difficult to navigate the minefield of emotion that often arises out of the illness. But by examining the complex and often dialectical impulses experienced by those with BPD, you can begin to gain a deeper understanding of what your loved one is experiencing and how their symptoms manifest within your relationship.

The Impact of Borderline Personality Disorder on Relationships

People with BPD experience a host of symptoms, ranging from unstable self-image, chronic feelings of emptiness, emotional lability, impulsivity, and risk-taking. All of these may, of course, impact how a person relates to others and behaves within the context of relationships. However, a BPD diagnosis also means specific problems with interpersonal relationships, including:

These symptoms arise from the deep fear of abandonment and rejection that sits at the heart of this particular disorder. People with BPD do not lack empathy or engage in unstable relationships out of malicious intent, but as a way to cope with overwhelming emotions that drive them toward destructive behaviors.

“In essence, people with BPD are often terrified that others will leave them,” writes Dr. Kristalyn Salters-Pedneault, a psychologist specializing in BPD. The fractured sense of social reality experienced by people with BPD clouds your loved one’s judgment about whether abandonment is a real threat. Often, their abandonment sensitivity and paranoia combine to make them imagine the worst and work frantically to prevent real or perceived abandonment, sometimes going so far as to make public scenes or physically preventing you from leaving.

However, intimacy is not necessarily a stable goal; in fact, it too can become overwhelming and cause the person with BPD to lash out or withdraw from relationships. Once withdrawn, however, the fear of abandonment often returns and they again demand closeness in order to escape the feeling of rejection. These shifts can affect all relationships, whether with family, friends, or intimate partners, and can be profoundly disorienting.

Due to the intensity of symptoms, a relationship with someone who has untreated BPD almost universally means a relationship entrenched in conflict. The smallest slights may be perceived as outright rejection and even benign acts become signs of certain abandonment or betrayal. In some ways, it can feel as though your relationship is half-dreamt in your loved one’s mind, with little basis in reality. For example, as Beth Allan, who struggles with BPD herself, writes:

Paranoia is a common symptom among people with BPD, and this can blow up not replying to a text, because your phone was on silent, into your partner thinking you have been hit by a bus/run away with the circus/are having an affair with your boss, in under 30 minutes.

You may feel that you are constantly being tested—and unfairly, at that—as your loved one seeks to confirm the worst, and you may find that you are constantly fighting against imaginary scenarios in which you are the bad guy. Other times, you may be showered with affection and love as you become the center of their universe, making it seem as if you have to live up to superhuman standards to keep from crushing their expectations.

In negotiating the space between your experience and theirs, it can feel as though the normal rules of engagement don’t apply, and you are without a roadmap for how to move forward. It can be tempting to try to talk them out of their emotions in order to try to reach a common understanding of reality. After all, if they can just see how you really feel they’ll stop doing X, Y, Z—right?

However, it is important to remember that people with BPD aren’t simply delusional, nor can they supplant their perceptions with your own. Rather, they are responding to authentic emotions that, however disordered they may be, are very real to them. You cannot love or reason someone out of BPD because the illness is ultimately not about you or your relationship; your relationship is merely the battleground on which the illness plays out.

The Need for Intensive Treatment

The damage borderline personality disorder does to your loved one and to your relationship can be devastating, but healing is possible with the right kind, quality, and duration of treatment. Unfortunately, many people with BPD struggle to find the help they need, due in part to the deep stigmas that still surround the illness even within the mental health community.

“Often people with BPD have had negative experiences in therapy,” writes Margarita Tartakovsky, Associate Editor at Psych Central. “They have been fired by therapists, gotten worse, thought they were getting worse, or were left with thoughts that they cannot be helped.” As such, it is imperative to find a borderline treatment program staffed by experienced, compassionate clinicians who create a safe environment in which your loved one can find the validation they need to feel secure and fully engage in the treatment process.

For many, long-term residential BPD treatment programs offer ideal spaces in which to begin the recovery journey. While BPD is highly treatable in the right conditions, treatment itself is an intensive process that requires breaking down fundamental self-perceptions and replacing destructive patterns of thought and behavior with healthier alternatives. This is a gradual process in which emotional and behavioral skills must be developed and practiced over time in order to allow healing to take root.

In a long-term residential environment, your loved one can fully devote themselves to the work of healing in a supportive space designed to nurture every aspect of their recovery. By engaging in a comprehensive curriculum of therapies within a therapeutic community, your loved one has the opportunity to continuously engage in the practices they need to develop a more stable sense of self, regulate their emotions, and learn how to create meaningful relationships.

Of course, your own participation in the recovery process is an essential part of treatment. Through dedicated family programming, you can gain a deeper understanding of what your loved one is going through and develop ways to support both them and yourself. With the guidance of expert clinicians, you can work toward implementing more positive communication strategies and relationship dynamics while cultivating deeper bonds. Rather than living crisis to crisis and reacting from a place of fear, you can begin to create a more stable, authentic, trusting, and loving relationship. Together, you can break free from the confines of BPD and move toward a brighter future.

BrightQuest Treatment Centers provide world-class residential treatment for borderline personality disorder and other complex mental illnesses. We know that choosing the right treatment option for yourself or a loved one is difficult. We believe our unique model of care gives our clients the best chance at success.