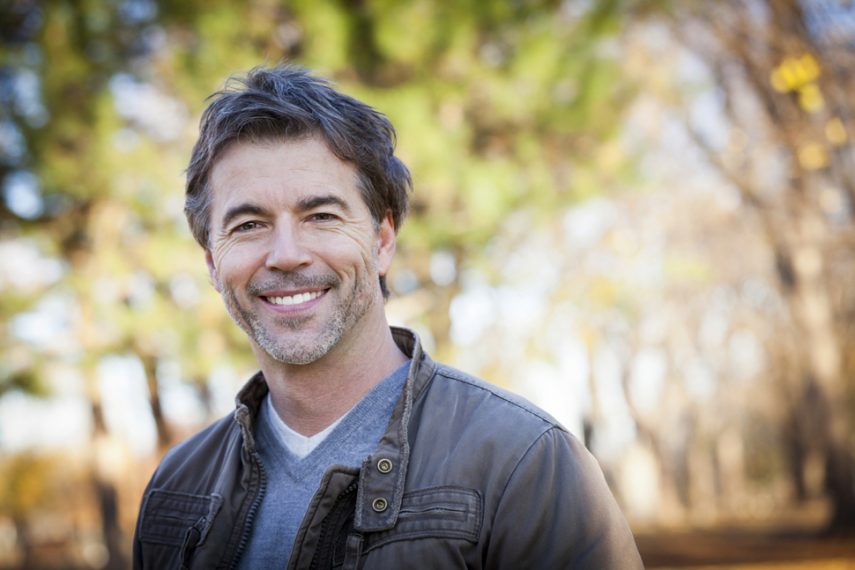 A mental health disorder diagnosis can be both deeply troubling and relieving. Diagnosis means that there really is something “wrong,” something that goes beyond the scope of healthy human experience. At the same time, having a string of words to describe a condition provides a foundation for recovery; it acts as a catapult for treatment and opens up the door to healing. The diagnosis is a framework that helps you understand your loved one’s symptoms and seek out appropriate care in order to treat those symptoms in an effective way.

However, not all diagnoses carry the same implications. A diagnosis of depression, for example, is rarely controversial; even if someone may not believe they or their loved one specifically struggle with depression, few would question the very existence of depression itself. Other diagnoses, however, can be more contentious, perhaps none more so than dissociative identity disorder, also known as multiple personality disorder. As a result of the sociocultural history of the condition as well as ongoing debates within the mental health community, many people, including clients, clinicians, and families, question the validity of this diagnosis, potentially keeping people from connecting with the care they need to heal. So is multiple personality disorder real? By exploring the answer to this question, you can more fully understand your loved one’s experience and how to take the next steps toward recovery.

Is Multiple Personality Disorder Real? Understanding the History of Questioning

Multiple personality disorder is perhaps one of the most storied of mental health disorders. The stark departure from our understanding of a cohesive sense of self serves as a point of fascination and opens up the door to narratives that are simply not possible within an organized, singular identity. As such, popular media representations from The Three Faces of Eve to Law & Order: SVU take multiple personality disorder as an opportunity to explore issues of culpability and morality, typically through sensationalistic portrayals in which mental illness acts as a mere plot point rather than a complex human experience. Unfortunately, the highly dramatic and extremely limited narratives available to us not only often act to dehumanize people with mental illness, they call into question the existence of multiple personality disorder itself. According to Esther Inglis-Arkell, media portrayals, particularly the 1973 book and 1976 film Sybil, also set the stage for delegitimizing the illness in the real world.

Sybil told the “true” story of a woman with 16 personalities—ranging from helpless babies to assertive adult women—whose therapist cured her of her affliction using a variety of therapeutic techniques that included hypnosis and sodium pentathol, also known as “truth serum.” Both the book and film were cultural sensations. ”Sybil’s influence on society cannot be overstated,” Inglis-Arkell writes. “Aside from the massive amount of money the disorder made for Hollywood, hospitals opened up entire wings to treat a sudden influx of multiple personality patients.” Indeed, by the time the words “multiple personality disorder” appeared in the DSM for the first time in 1980, the characterization of the disorder within the clinical community had shifted from “rare, apocryphal, or even extinct” to “a long-neglected, underdiagnosed, and frequently misdiagnosed condition.” Suddenly, tens of thousands of people across the United States were diagnosed with an affliction few had ever before heard of.

However, by the early 1990s, multiple personality disorder diagnoses began to wane, as clients made claims of coercion, implanted memories, and misdiagnosis, including diagnosis achieved via discredited practices such as hypnosis and sodium pentothal injections. Indeed, the real-life Sybil, Shirley Mason, had written to her doctor years earlier to admit that she had been lying about her multiple personalities, a claim her doctor rejected so as to protect her book project. While the controversy was not the reason the DSM-IV replaced “multiple personality disorder” with “dissociative identity disorder” in 1994, the rebranding occurred at an opportune historical moment.

This complex history of a “manufactured” psychiatric phenomenon is troubling on a number of levels. It exposes the uneasy relationship between popular culture and what is commonly perceived of as objective medical practice. It reminds us of the fallibility of medical professionals. It shows us how vulnerable clients are to their clinicians and how subjective the process of mental health diagnosis can be. To be sure, there is little doubt that the multiple personality disorder frenzy of the 80s and early 90s as fed in part by unscrupulous diagnostic practices as well as subconscious guidance toward a diagnosis. However, one of the most troubling aspects is the way the reality of multiple personality disorder—now known as dissociative identity disorder—fell by the wayside. The fact that the diagnosis was misapplied does not mean that the diagnosis itself is invalid and denying its existence renders invisible the experiences of thousands of families across the country.

The Reality of Dissociative Identity Disorder

While there remains debate within the research and clinical communities regarding the exact nature and etiology of dissociative identity disorder, it is recognized by both the DSM-5 and ICD-10 and has been observed by clients, families, and clinicians around the world. Indeed, brain imaging studies reveal meaningful structural and functional differences in dissociative patients that suggest a neurological basis for the condition. Furthermore, there is no doubt that its symptoms are experienced as very real; people with the disorder clearly switch between alternate identities, each of which may each have unique characteristics, including “differences in voice, gender, mannerisms, and even such physical qualities as the need for eyeglasses.”

However, part of the reason for the reclassification of multiple personality disorder to dissociative identity disorder was that the disorder is in fact not defined by the multitude of personalities, but the absence of a singular, cohesive identity. In other words, the problem is not that someone has 5 or 10 or 20 personalities, it is that they don’t have just one. In fact, it is this absence of singularity that is the personality. It’s also important to note that this lack of a unified identity is not the product of a psychotic disorder such as schizophrenia, as alternate personalities are neither delusions nor hallucinations. Rather, dissociative identity disorder is typically understood to be a kind of protective response to trauma.

Dissociating as a way of coping with trauma has been a common thread throughout multiple personality/dissociative identity disorder narratives, including Sybil. Dissociation may allow a person to subconsciously partition themselves to ensure only one part of them must endure traumatic events while other parts are allowed to remain ostensibly unaffected—they are allowed to survive. “[Dissociation] is the ultimate adaption system,” explains Dr. Remy Aquarone, a psychotherapist and former director of the International Society for the Study of Trauma and Dissociation. “It’s using unconscious cognition to adapt your ways of thinking and behavior in order to be more safe.”

Dr. Aquarone, who has treated hundreds of clients with dissociative identity disorder, says that the vast majority of cases he has seen involve childhood abuse that started prior to the age of 5. However, he believes that trauma alone is not the only factor involved in the development of the disorder; rather, it is typically coupled with a lack of secure attachment in early childhood. The absence of secure attachment has profound implications for one’s ability to form relationships with oneself and with others and for establishing a cohesive sense of identity. As such, dissociative identity disorder may evolve due to disruptions of the healthy identity formation process as the child seeks to establish security in an unsafe environment.

However, while dissociative identity disorder may serve a protective purpose, it can also be profoundly disruptive and distressing. The attendant emotional and behavioral lability can interfere with one’s ability to form and maintain positive relationships, participate in educational and professional activities, and even maintain healthy self-care routines. Without a sense of internal order and a cohesive life narrative, your loved one may experience profound emotional disorientation and may struggle to establish a coherent timeline of their life, robbing them of the rich experiential memories most people enjoy and that serve as anchors throughout life. Many people with dissociative identity disorder also report feeling emotionally blunted and superficial, and, Dr. Aquarone notes, “in a way they are, because the essence of who you are is held inside.” This inability to show your true self to the world coupled with the absence of single, coherent narrative of the self, a stable internal structure, and sense of shared history with others can leave your loved one feeling profoundly isolated, even from themselves.

Dissociative identity disorder in many ways challenges our fundamental understanding of the human experience. Despite this, it is a treatable disorder and people can make significant strides toward integration and personality unification by participating in evidence-based treatment modalities. However, due to the complexity of diagnosis and treatment, seeking the right care delivered by the right care providers is particularly critical. Connecting with clinicians who have the training and expertise necessary to achieve diagnostic clarity and implement a personalized treatment plan is, therefore, essential to helping your loved one start on the journey toward recovery.

Healing from dissociative identity disorder is not something that happens overnight. Rather, it is a gradual, psychotherapy-based process in which your loved one will be guided through distinct stages in order to achieve unification and integration, a process that can take many months of intensive treatment. Often, this will involve investigating the traumatic memories that may lie at the heart of dissociative identity disorder, which requires a strong therapeutic alliance that typically develops only after sustained periods of partnership. At the same time, people with dissociative identity disorder often struggle with comorbid conditions, such as other mental health disorders or substance use disorders, which must be addressed in order to help your loved on attain true and sustainable healing.

Dissociative identity disorder treatment must also not focus solely on acute symptomatology. Often, the disorder has profound implications for virtually all aspects of a person’s life and building the practical skills necessary to live in a healthy and autonomous way must be a part of the healing process. This includes learning and practicing how to form and maintain healthy relationships, discovering a sense of purpose, and creating realistic plans for how to achieve one’s goals.

Throughout the treatment process, your support will be one of the greatest resources for your loved one. With family involvement and support, they can move toward a more stable future in which their full potential is within reach and you can begin building shared and joyful memories.

BrightQuest offers comprehensive residential treatment for people struggling with mental health disorders as well as co-occurring substance use disorders. Contact us to learn more about our renowned program and how we can help you or your loved one start the journey toward recovery.

The Hard Lessons I’ve Learned From My Adult Son’s ...